Trump told reporters on Sunday that Apple CEO Tim Cook expressed concern about the impact U.S. tariffs on Chinese goods could have on his company's products, parts of which are manufactured in China.

The president said he was "thinking about it" after Cook made a "very compelling argument" that Samsung won't have to pay tariffs because it is based in South Korea. 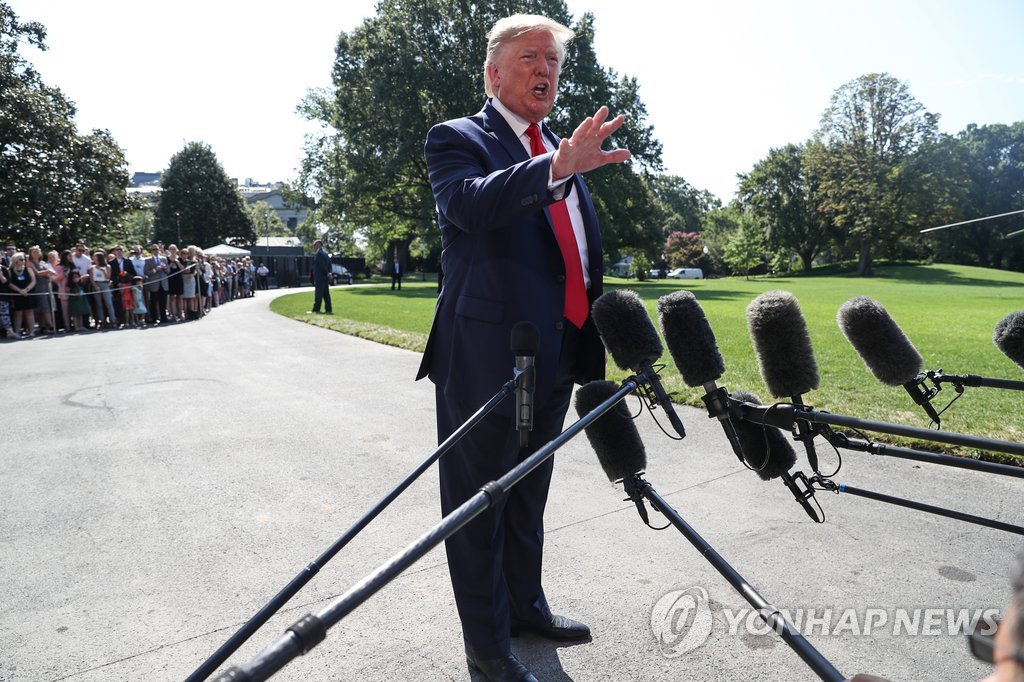 "I've got to help him out, short term, with that problem because it's a great American company," Trump told reporters at the White House on Wednesday, casting the problem as Cook having to pay tariffs while Samsung does not. "Samsung is in South Korea. Not fair that Samsung isn't hit, while he's hit. Right?"

The Trump administration initially planned to impose an additional 10 percent tariff on US$300 billion worth of Chinese goods starting in September, but recently postponed tariffs on cell phones and laptops until mid-December.

That means Apple's AirPods and Apple Watches will be subject to the new tariffs in September, while tariffs on its iPhones will come into effect in December.

Samsung produces most of its cell phones for export to the U.S. in Vietnam and India.

Analysts have said that while Trump's remarks appear directed at Apple, his protectionist policies could lead to future trade barriers against Samsung.