WASHINGTON, Aug. 21 (Yonhap) -- The U.S. State Department said Wednesday it had no additional meetings or stops to announce for U.S. Special Representative for North Korea Stephen Biegun, whose trip to South Korea this week has prompted speculation of a possible meeting with North Korean officials.

If Biegun were to meet his North Korean counterparts, likely on the inter-Korean border, it would mark the resumption of stalled talks on denuclearizing the regime.

U.S. President Donald Trump and North Korean leader Kim Jong-un agreed to restart working-level negotiations within several weeks when they met at the inter-Korean border on June 30, but the talks have yet to take place amid renewed tensions over North Korea's short-range ballistic missile tests.

"We don't have any additional meetings or stops to announce for Mr. Biegun," State Department spokeswoman Morgan Ortagus told reporters at a press briefing.

Biegun has been in Seoul since Tuesday to meet with South Korean officials ahead of the expected resumption of U.S-North Korea talks.

His visit coincided with the conclusion of a Seoul-Washington military exercise, which Pyongyang condemned as an invasion rehearsal and protested with a series of missile tests starting in late July.

Trump said earlier this month that in a letter to him, Kim expressed his willingness to resume talks as soon as the allied drill was over.

"We are prepared to engage as soon as we hear from our counterparts in North Korea," Biegun told reporters in Seoul on Wednesday.

Sources said the envoy considered traveling to Beijing to meet with officials there, but appears likely to return to Washington on Thursday as planned. 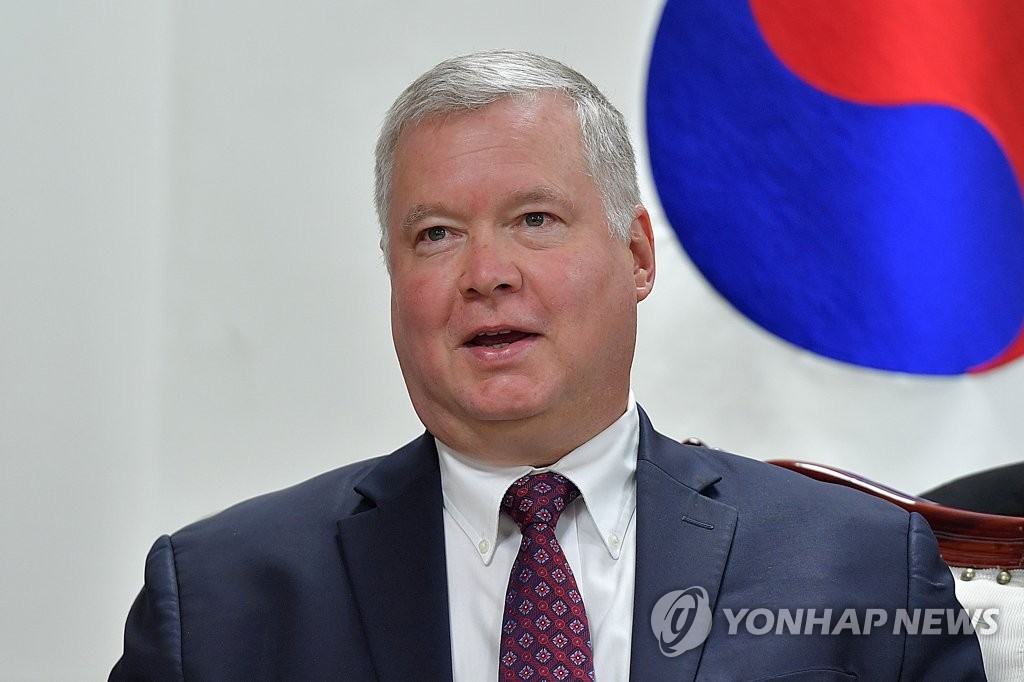