The reading marks a sharp increase from a 3.2 trillion won or 0.2 percent on-quarter gain in the January-March period.

The rise also comes despite a series of government measures aimed at curbing a sharp rise in home prices, which include strict lending regulations and heavy taxation on owners of multiple homes.

Recently, however, housing prices have been showing signs of a steep increase, especially in the capital area.

In the one-year period ended June 30, the average presale price of new apartments in Seoul jumped 21 percent from a year earlier, according to earlier reports.

The South Korean economy is estimated to have expanded 1.9 percent on-year in the first six months of the year amid a steady decline in exports and sluggish investment. 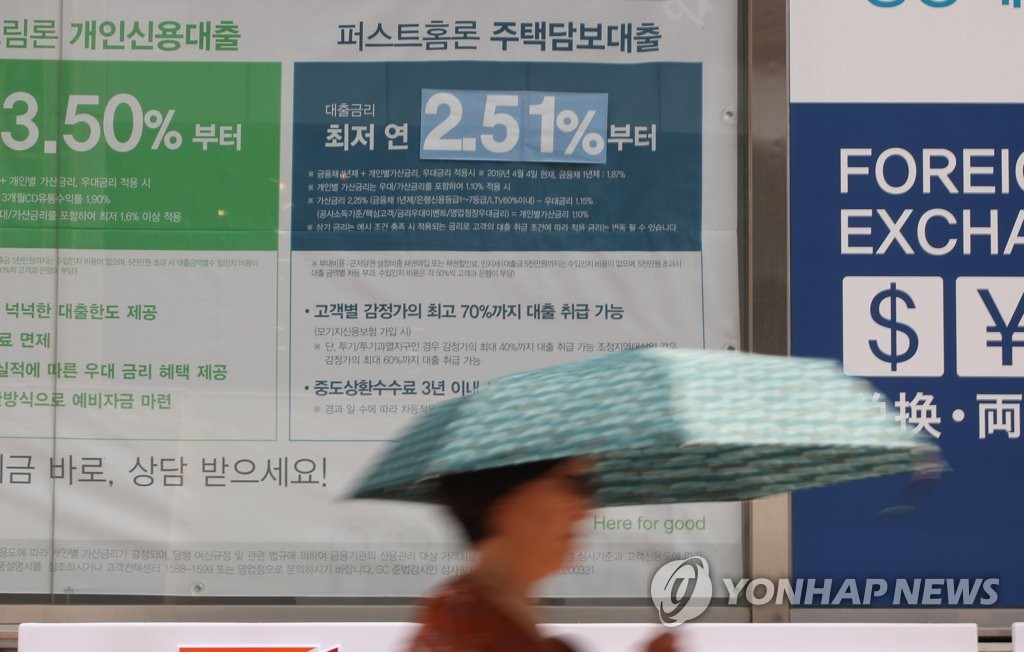 "Compared with the previous quarter, home-backed loans and other loans from banks greatly increased," the BOK said in a press release.

The central bank partly attributed the increase to a "seasonal factor," where a rise in the number of relocations pushes up the demand for housing loans.

The bank noted the number of new apartment units sold in the second quarter jumped to some 93,000 from 53,000 three months earlier.

Credit card spending gained 800 billion won in the second quarter, marking a turnaround from a 1.9 trillion-won drop in the previous quarter.