SEJONG, Aug. 22 (Yonhap) -- South Korea's household income inequality widened to the worst level in more than a decade in the second quarter, data showed Thursday, despite the government's efforts to bridge the gap for the low-income bracket.

An average household earned 4.7 million won (US$3,900) per month in the April-June period, up 3.8 percent from the previous year, according to the data compiled by Statistics Korea.

The monthly average income of the bottom 20 percent income bracket came to 1.32 million won in the second quarter, unchanged from a year earlier.

In contrast, households in the upper 20 percent income range earned 9.42 million won during the cited quarter, up 3.2 percent from a year earlier.

Consequently, the country's distribution ratio for disposable income reached 5.3 in the April-June period -- the highest level for any second quarter since 2003, when the government began to compile relevant data.

The data came as South Korea has been pushing for "income-led growth" under the Moon Jae-in administration that envisions a virtuous economic cycle, in which hikes in the minimum wages of low-income people could lead to increased spending that in turn could boost economic growth.

But some critics claim the minimum wage hikes have increased the burdens on businesses, especially microbusiness owners and the self-employed.

The minimum wage for next year has been set at 8,590 won (US$7.16) per hour, up 2.9 percent from 2019, the slowest growth in a decade amid an economic slowdown and sluggish job market. 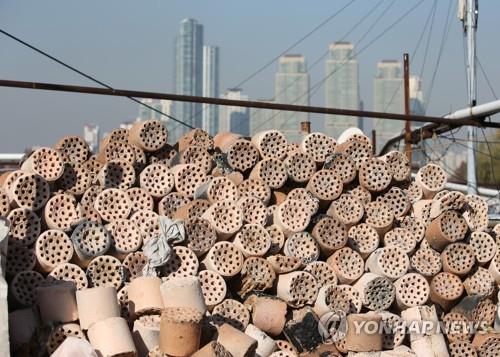 Income gap at worst level in more than decade in Q2

Income gap at worst level in more than decade in Q2