In the April-June period, overseas card spending came to US$4.67 billion, down 0.1 percent from $4.68 billion in the first quarter, according to the data from the Bank of Korea (BOK).

On an annual basis, the second-quarter card spending overseas gained 0.1 percent, marking the slowest on-year growth at least since 2014, except for the first quarter of the year when the amount shrank 7.8 percent from a record high of $5.07 billion posted the same period last year.

The on-quarter drop in the April-June period was partly attributed to a 9.2 percent plunge in the number of people going abroad to 7.14 million from 7.86 million three months earlier.

The average amount charged to each card also shrank 1.9 percent on-quarter to $269, despite a 1.9 percent increase in the number of credit cards used overseas, according to the BOK.

Meanwhile, credit card spending by foreign visitors here came to $2.6 billion in the second quarter, spiking 20.6 percent from the previous quarter and 9.4 percent from the same period last year. 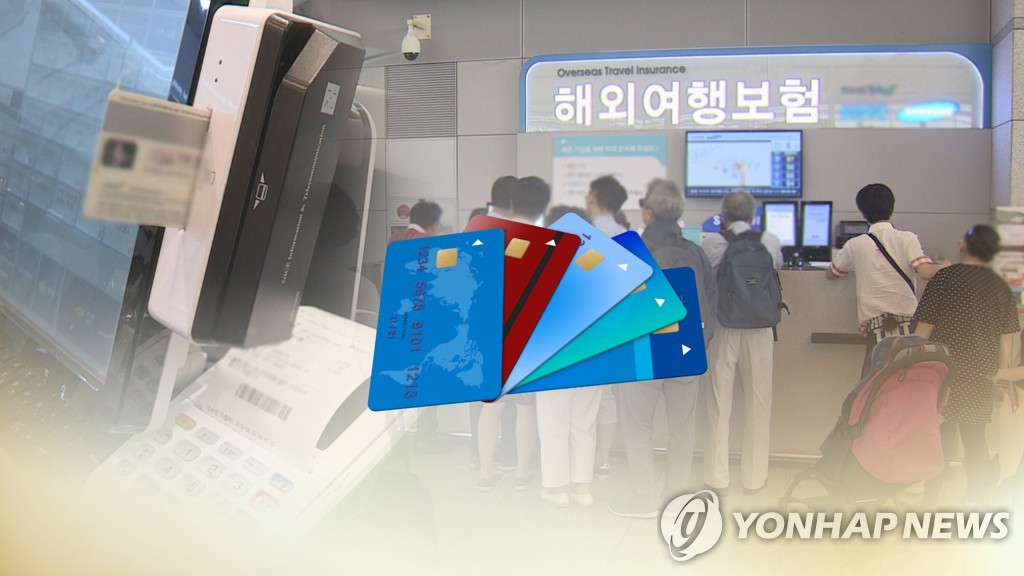