SEOUL, Aug. 22 (Yonhap) -- For a pianist, winning a prestigious piano competition brings him or her a worldwide reputation and popularity in the classical music scene.

But for Sunwoo Yekwon, a South Korean A-list pianist, clinching first prize was one of the most reliable ways to earn money to pay the monthly rent of his home in the United States, where he had lived for nine years, rather than fame. He was studying there with the financial support of his parents and private donors.

"I received some US$20,000 or $30,000 in prize money. This was just enough to cover rent and living costs for one year. But soon, I ran out of money again," the 30-year-old pianist said in an interview with Yonhap News Agency on Wednesday. "I simply needed money, rather than getting a rare chance to improve my reputation and expand my experience as a pianist."

So the go-getting pianist tried to participate in as many competitions as he could, pocketing eight first-place trophies since 2008, including the latest one at the Van Cliburn International Piano Competition in 2017. As a result, he earned the nickname "con-king," a combination of contest and king, from his fans in Korea.

"But it was a long shot. I couldn't win every contest," he said, laughing. "There are many competitions that I couldn't make it to the top list." 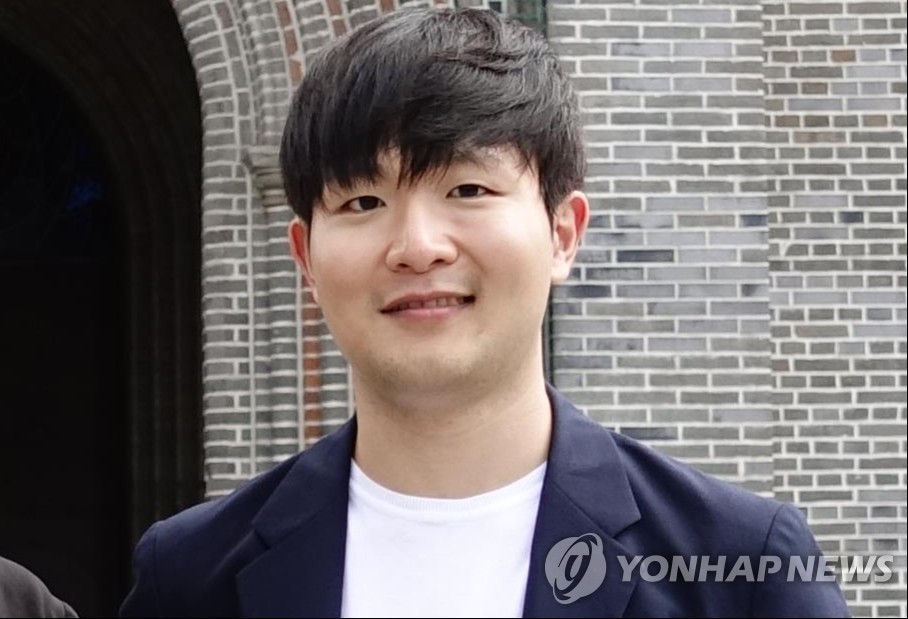 Out of that broader experience has recently emerged an ambition in him, crystallized in the wish that he wants to be a truthful performer.

"About three or four years ago, something different came into my mind," he said. "I started to look for contests that guarantee their winners musical activities as performers. I wanted to grab such opportunities."

His aim was achieved by winning the gold medal at the Van Cliburn competition in 2017, which gave him a chance to perform world tour concerts and recitals for three years as well as to win substantial cash prizes.

He was the first South Korean pianist to win the Texas-based quadrennial contest, named after renowned U.S. pianist Van Cliburn and first held in 1962, and became one of the most sought-after pianists in Korea.

"Since I first started to learn piano when I was eight years old, I've just wanted to read the music and play the piano well," he said. "And as time went by, I'm trying to focus on the sound itself and catch emotions that the music has and seek ways to convey the feeling through my play." 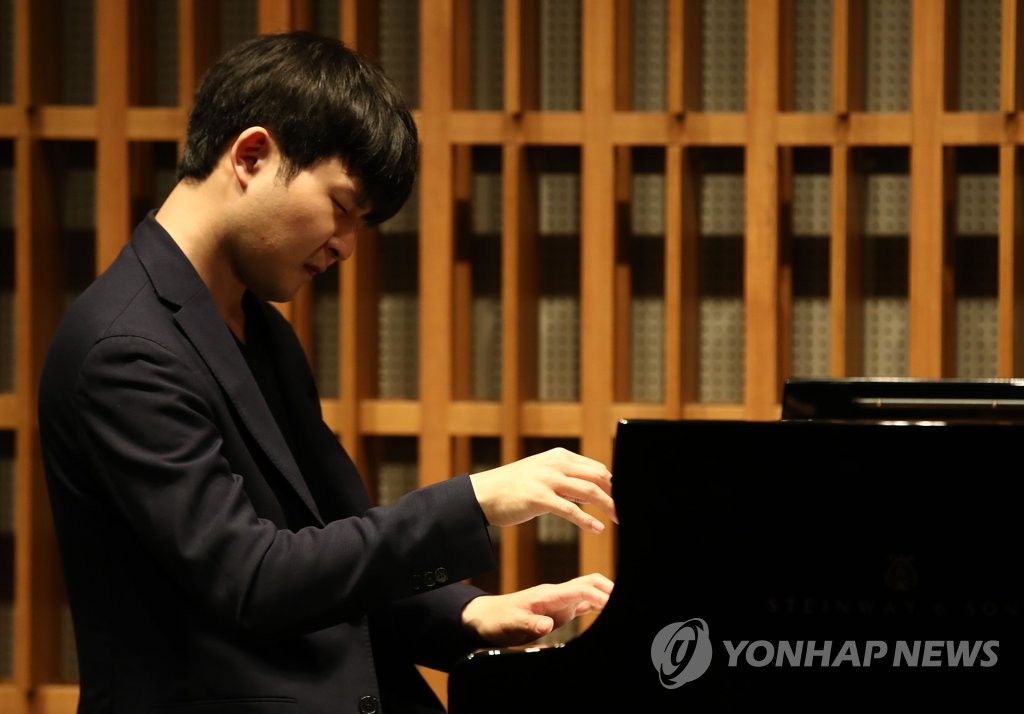 He said he loves the moment when the pianist and the audience share the same feeling and emotion during a performance. He felt that very state at his latest recital in Guri, east of Seoul, on Sunday.

"The atmosphere or vibe at a hall differs every time I perform. At the Guri performance, in particular, it helped me focus more on music and playing," the pianist said. "The audience was well absorbed in music, and I was too. That was a rare experience."

It seems he is getting a step closer to his dream of playing the piano to make the audience feel the spirit and space that the composer wanted to create through the music.

"I've said I want to be a truthful pianist, which sounds a bit abstract though," he said. "I want to fully and truly understand the feelings that the composer felt when writing the music and transmit it to the audience."

The artist who went from rags to riches recently kicked off a project to return to society what he received by giving support to young talented pianists in Korea. He is participating in a charity program arranged by Myeongdong Cathedral in Seoul. As music director, he carefully chose seven up-and-coming pianists and helped them hold solo concerts one by one every month until March.

The eight-month concert series is set to begin with his solo performance on Monday, and all proceeds will be given to the seven selected pianists. Tickets of his recital sold out in a few minutes.

"It's a great honor to perform at the 150-year-old cathedral, and I can help young pianists through my performance," he said. "It's not easy to help others although you always think of it. Now I can do it. I've received a lot of help from many people throughout my career."