SEOUL, Aug. 22 (Yonhap) -- South Korea's economic growth may further slow down this year should Japan's export curb on South Korea begin to take a toll, the country's central bank chief said Thursday, noting that the Japanese export restrictions have yet to have any serious impact on Asia's fourth-largest economy.

"We have not yet taken into account the negative impact of Japan's export restrictions," Bank of Korea Gov. Lee Ju-yeol told the parliamentary finance committee.

Early this month, it also removed Seoul from its list of trusted trade partners, a move later reciprocated by South Korea. 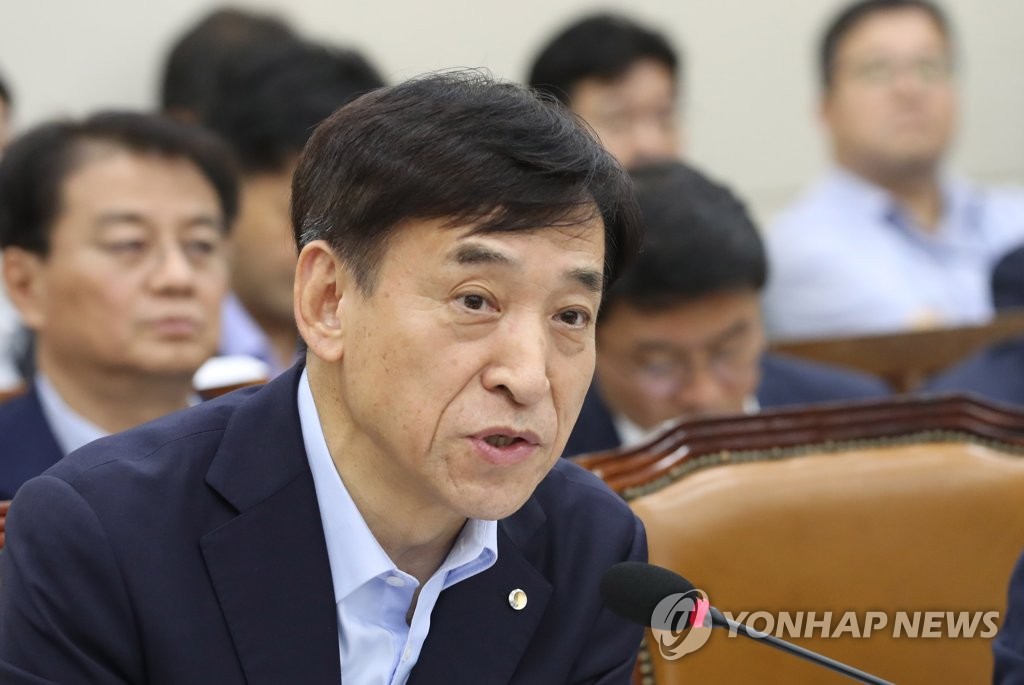 "Conditions have worsened but they are still not at a level that requires a revision of our growth outlook," Lee added.

The BOK slashed its growth outlook to 2.2 percent last month, down from a 2.5 percent forecast three months earlier.

South Korea's exports have been on a steady decline since December, again plunging 13.3 percent in the first 20 days of this month from the same period last year.

"Should the conditions worsen and the sluggishness in exports and facility investment deepen, it may not be easy to reach the growth target set by the BOK," Lee said.

When asked what the recent inversion of the U.S. yield curve indicated, the BOK chief noted an inversion has historically been closely associated with a recession but insisted it did not automatically suggest an imminent downturn.

Japan's export curb yet to take toll but may slow growth: BOK chief

Japan's export curb yet to take toll but may slow growth: BOK chief