The Korean Film Council (KOFIC) said Thursday that it picked Bong's black comedy film to compete for an Oscar nomination for best foreign film next year.

The state-run council said it chose "Parasite" for its Palme d'Or achievement at this year's Cannes Film Festival, the worldwide reputation of director Bong Joon-ho and its artistic and cinematic quality.

For the non-English movie category, each country submits a single film as their official representative, and the movies vie for five berths. But no Korean film has been nominated to the academy's international prize section so far.

"Parasite" is director Bong Joon-ho's seventh feature film and follows his English-language films "Snowpiercer" (2013) and "Okja" (2017). The new flick revolves around two families, one rich and one poor, who become entangled, leading to a series of unexpected violent mishaps.

It has been at the center of Oscar buzz for months as its North American distributor, Neon, set its U.S. release date for Oct. 11 in an apparent move to position the flick as a major contender in the international film category of the 92nd Academy Awards slated for Feb. 9.

The final nominations for the 2020 Academy Awards will be announced in January. 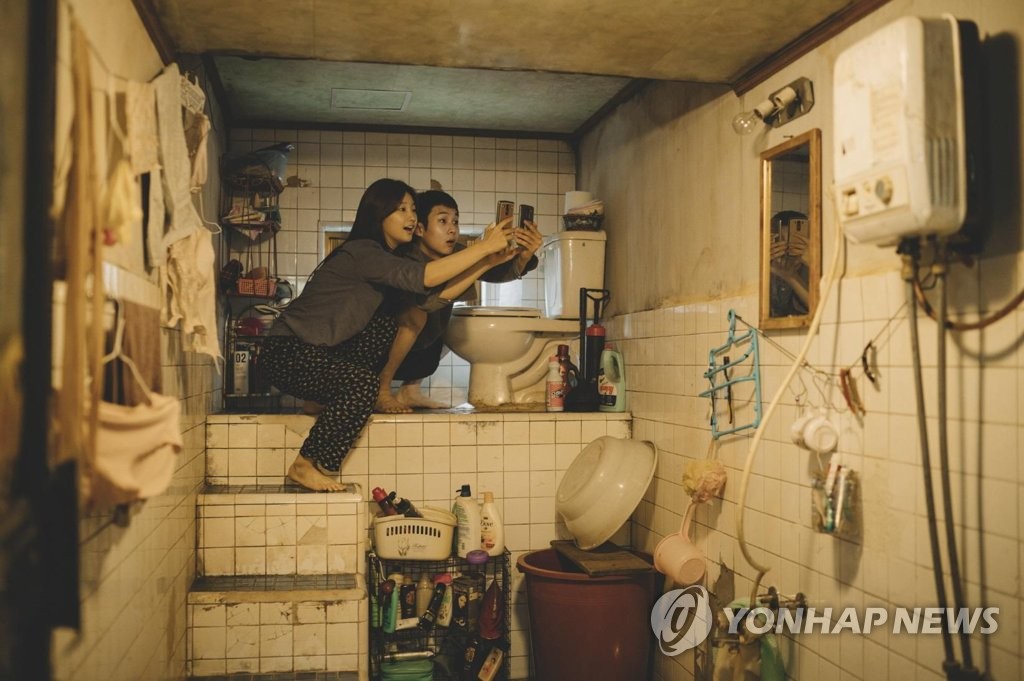