SEOUL, Aug. 22 (Yonhap) -- In its strongest reaction yet to Japan's export restrictions, South Korea announced Thursday that it's "terminating" a bilateral agreement with Japan on exchanging classified military information. 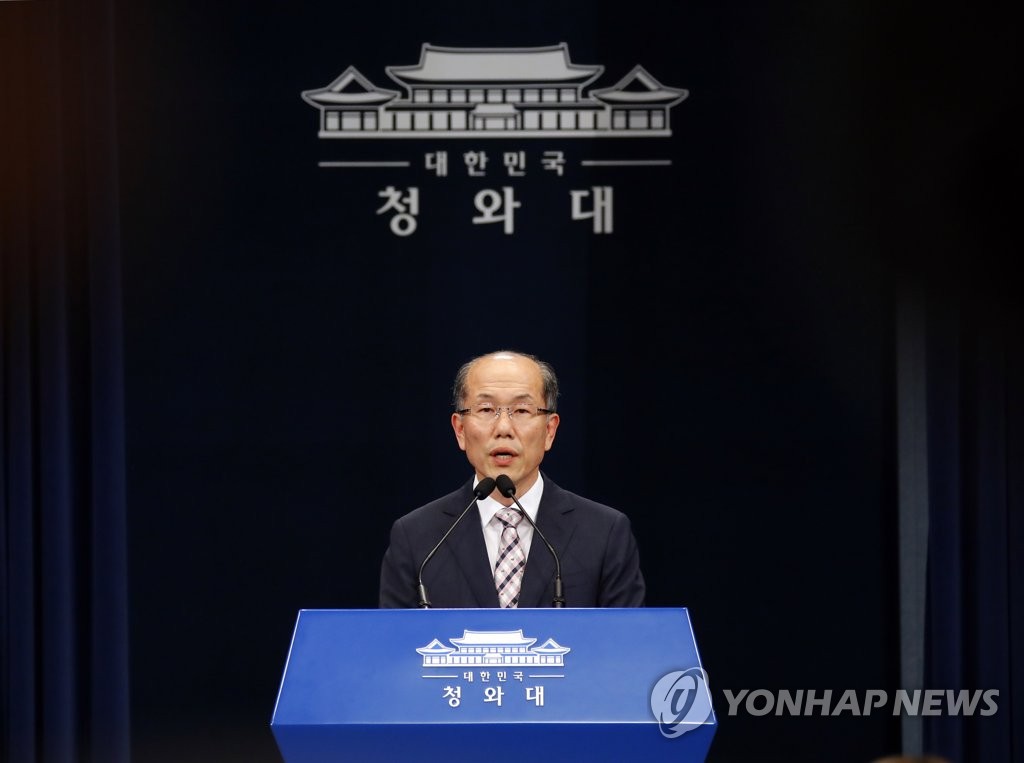 Japan only talked about a "problem" in terms of national security, he said.

President Moon Jae-in endorsed the decision after having an hourlong discussion with its members, another Cheong Wa Dae official told reporters later on background. Seoul's move will deepen its diplomatic and political standoffs with Tokyo.

It's also expected to deal a blow to trilateral security partnerships also involving the United States in Northeast Asia.

The Seoul-Washington alliance will, however, remain intact, and ending the pact does not mean the collapse of three-way security cooperation, the official emphasized.

He said South Korea has told the U.S. that it's "inevitable" to leave the GSOMIA if Tokyo keeps refusing to resolve the compensation issue of its wartime forced labor through dialogue. Japan is apparently weaponizing trade in reprisal for South Korea's handling of the matter stemming from Japan's 1910-45 colonization of Korea.

"(We) had no other choice but to reconsider the effectiveness of the GSOMIA, as Japan has converted a historical issue into a security one," the official said on the customary condition of anonymity. "Practical benefit from maintaining this pact is not that big amid Japan's attitude to treat South Korea not as a security cooperation partner but as a country subject to export control of strategic materials."

He stressed that Seoul is "terminating" the pact, which is now slated to expire in November, not "scrapping or canceling" it unilaterally.

Until the end of July, he said, South Korea intended to extend the GSOMIA for another year, but Japan took the step on Aug. 2 to delist South Korea.