SEOUL, Aug. 22 (Yonhap) -- Foreign Minister Kang Kyung-wha said Thursday that South Korea's decision to terminate a military pact with Japan is separate from the Seoul-Washington alliance, amid concerns that it could erode cooperation among the three countries for regional security.

"(The decision) is a separate issue from the South Korea-U.S. alliance, and the alliance will incessantly strengthen cooperation," Kang told reporters at Incheon International Airport upon arriving from Beijing. 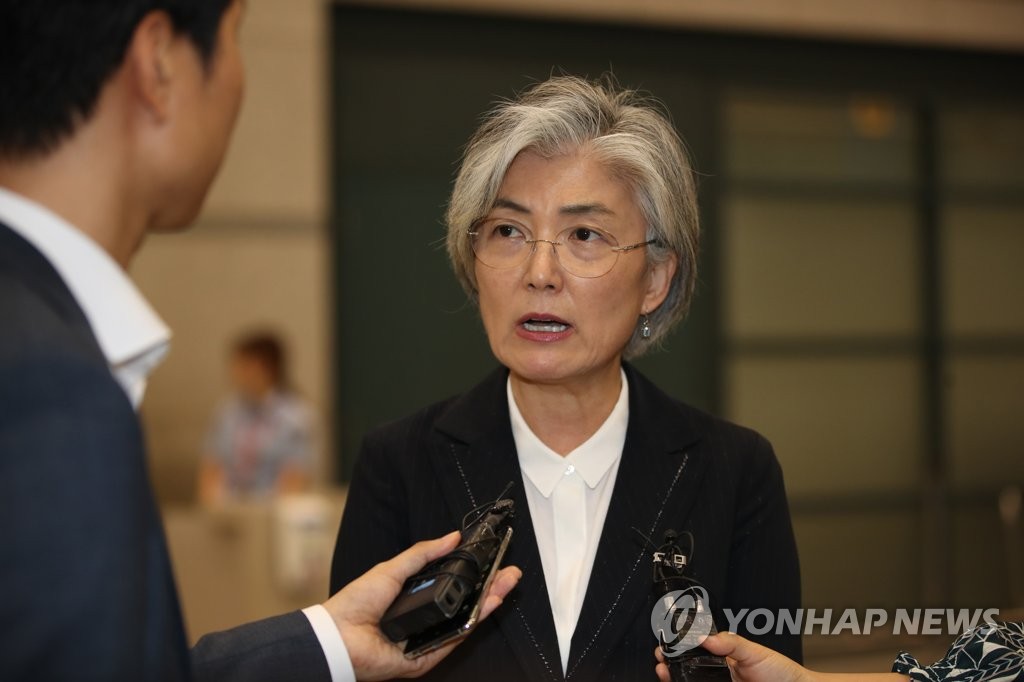 The minister added that the decision to terminate the military intelligence-sharing pact was made due to the "trust issue" between Seoul and Tokyo.

"I will explain (the decision) to Japan in this way and also to the United States," she said.

Kang added that Seoul is making preparations for communication with counterparts in Washington.

Seoul announced its decision to withdraw from the General Security of Military Information Agreement (GSOMIA) ahead of the deadline for the decision set for Saturday.

With the bilateral diplomatic and trade row showing no signs of abating, Seoul had hinted that it could consider withdrawing from the GSOMIA, which was to be automatically renewed each year unless either side expressed an intent to terminate it.

On Wednesday in Beijing, Kang held bilateral talks with her Japanese counterpart, Taro Kono, on the sidelines of a trilateral meeting with their Chinese counterpart Wang Yi. But they failed to narrow differences in their trade row.