South Korea defeated Chinese Taipei 3-0 (25-22, 25-13, 25-19) in the second round of the Asian Women's Volleyball Championship in Seoul. It was the host country's third straight victory, coming on the heels of two wins over Iran and Hong Kong in the opening round. 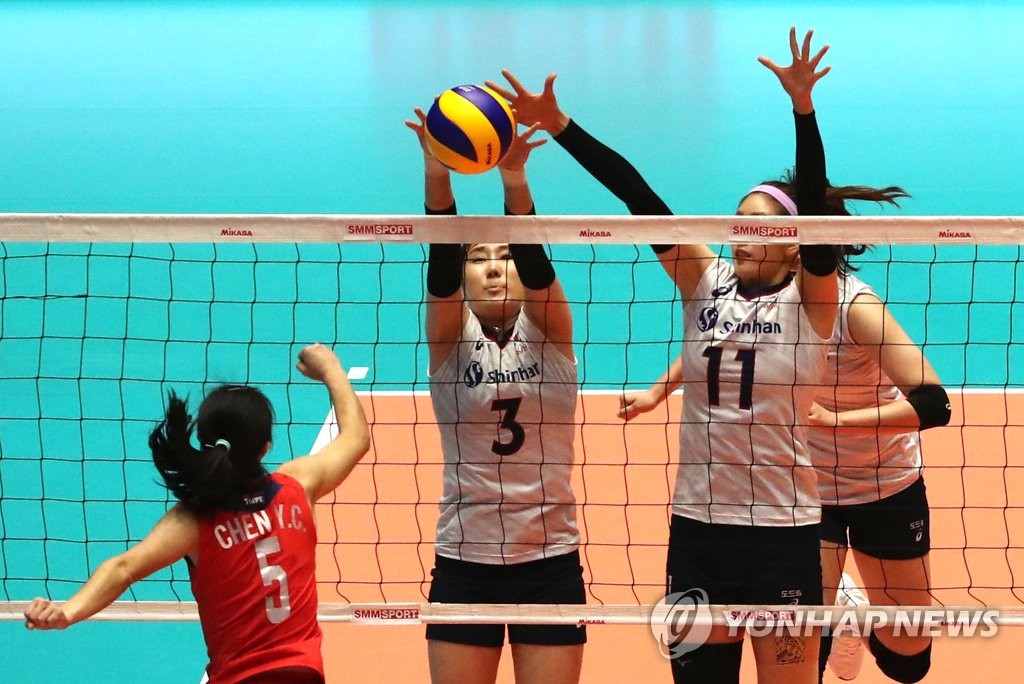 South Korea is trying to win the Asian tournament for the first time. It has finished in second place seven times at this biennial event, most recently in 2015.

While trying to end the drought, Lavarini has also had to work new setter Yeum Hye-seon into the mix. And Thursday's win was easily the best match of the tournament for Yeum, who was only named to the national team on Aug. 8 and had some shaky moments with leading attackers in the first two games.

"I think she tried to do what I asked her to do tactically," Lavarini said at his post-match press conference. "She improved her precision. She's only had four or five practices and played two matches (before Thursday). She's working hard."

Prior to the intercontinental Olympic qualifiers early in August, South Korea lost two mainstays at the setter position, Lee Da-yeong and Ahn Hye-jin, to injuries. Lee Hyo-hee, a veteran soon to be 39 years old, stepped in for the Olympic qualifiers, but she pulled out of the Asian championship, citing fatigue.

In came Yeum, whose previous national team appearance came at the 2017 Asian championship.

Lavarini noted that South Korea can "find different tactical ways to play" as long as Yeum is at the top of her game. And Yeum herself said she needs to diversify her play. 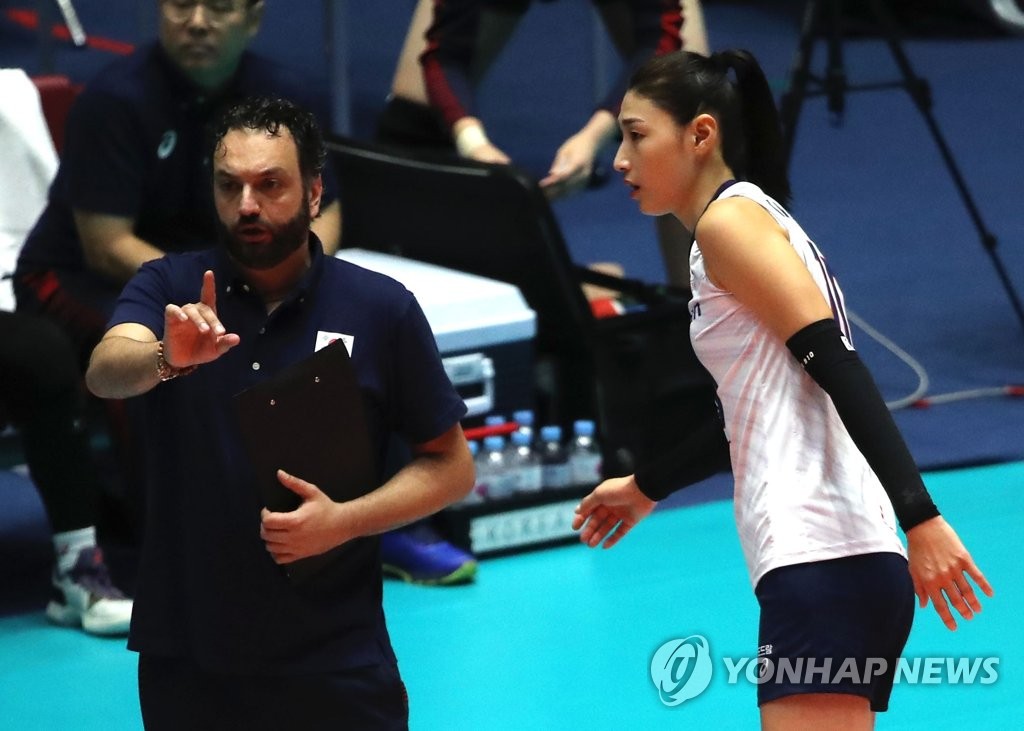 "I am far from perfect, and I need to be more accurate," Yeum said. "I felt like I was rushing things a bit early on, but I became more confident as the match progressed and I was able to try different things."

Kim Yeon-koung, team captain and top wing spiker, was the beneficiary of several of Yeum's setups and said playing in this tournament represents "a great opportunity" for the 28-year-old setter.

"She is a quick study and a hard-nosed competitor," Kim added.

Though world No. 9 South Korea didn't drop a set against the 33rd-ranked Chinese Taipei, Lavarini said he was "not really satisfied" with how the match played out. He said he expected to see some sloppy performance from his players because he was concerned about their lack of rhythm.

South Korea had played far inferior opponents, Iran and Hong Kong, on Sunday and Monday, and then had two days off before returning to action.

"We didn't have good rhythm and intensity because after the first two matches, we didn't play for two days," the Italian-born coach said. "We must try to find ways to keep good rhythm. The best solution is to make the player stay on the court."

Up next for South Korea on Friday is Thailand. It will be a chance for South Korea to avenge a loss in the semifinals at last year's Asian Games, and will also serve as a preview of the Asian Olympic qualifying tournament in January next year. 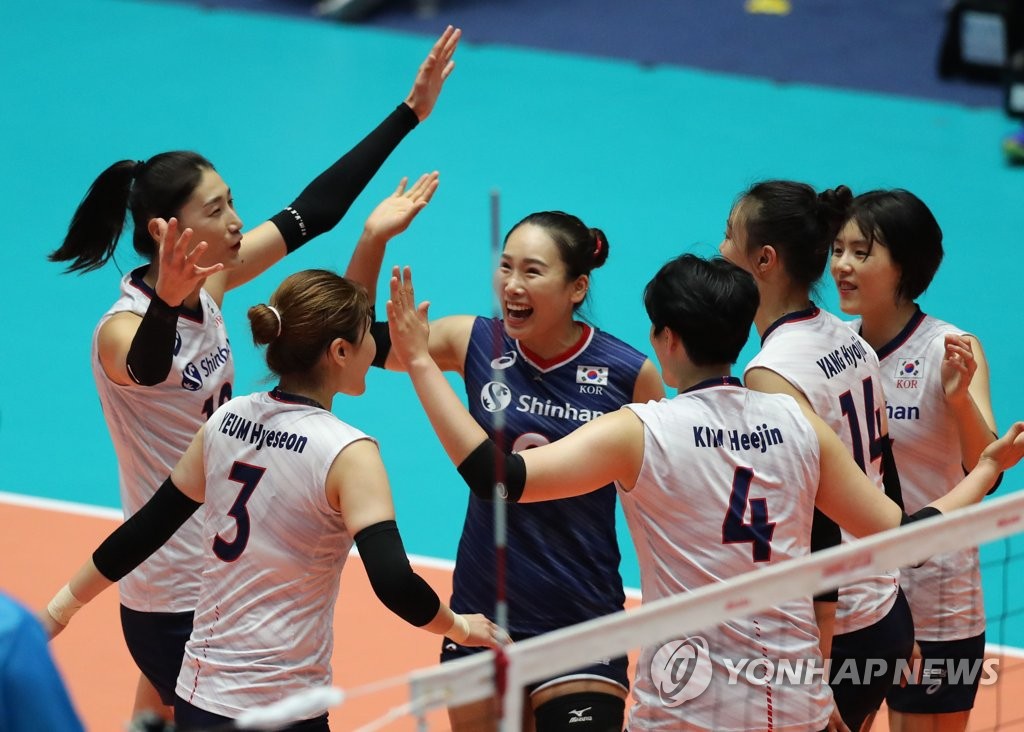 China and Japan are considered two of the best in Asia, but China has already qualified for the 2020 Tokyo Olympics through the intercontinental event and won't be at the Asian qualifying event. Japan will get into the Olympics as the host nation. That will leave South Korea and Thailand as the two strongest contenders for the one spot at the January event.

Kim said she couldn't wait to see what Lavarini, who was named to the team in January, will have up his sleeve against Thailand.

"Thailand has a great balance between veteran savvy and youthful energy," Kim said. "We have to be more consistent than we were today."

Lavarini said he won't do anything special against Thailand and added, "We'll prepare for it the same way we've prepared for every match."