(ATTN: UPDATES with U.S. government response, other details in paras 8-13)
By Lee Haye-ah

WASHINGTON, Aug. 22 (Yonhap) -- South Korea's decision to terminate a military intelligence-sharing pact with Japan may lead to a deterioration of the Seoul-Washington alliance in the face of ongoing threats to regional security, analysts said Thursday.

The assessment stands in stark contrast to the South Korean government's assertion that ending the General Security of Military Information Agreement with Japan has nothing to do with the Seoul-Washington alliance and only to do with a "grave change" in the security cooperation environment between South Korea and Japan.

It also raises questions about a South Korean presidential official's remarks that the U.S. expressed its understanding of Seoul's decision. 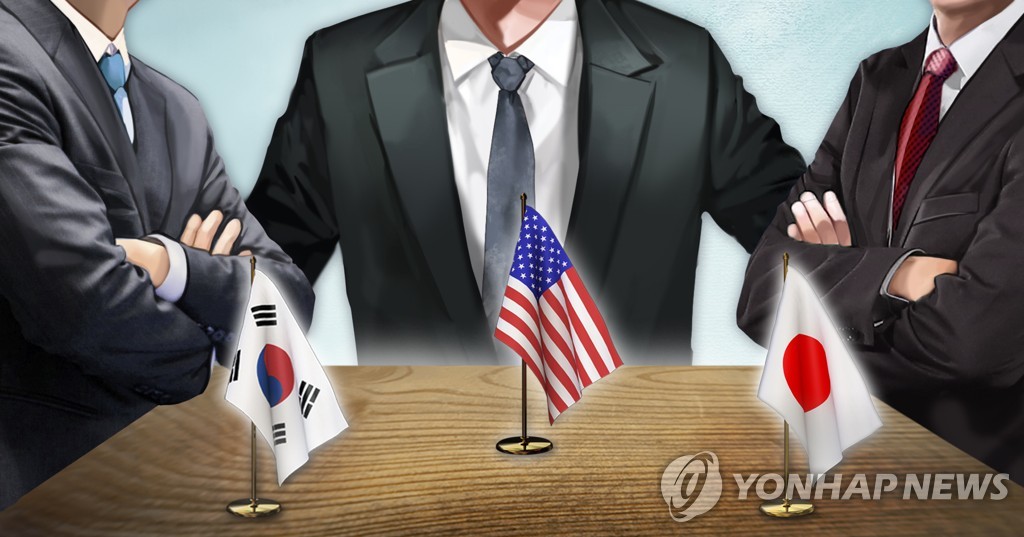 "This is a decision detrimental to alliance cooperation with the U.S. even though it is aimed vindictively at Japan," said Victor Cha, the chief Korea expert at the Center for Strategic and International Studies.

GSOMIA has been regarded as a useful tool to streamline intelligence sharing between Seoul and Tokyo in the face of North Korea's nuclear threats.

With the deal's termination, set to take effect in November, the two U.S. allies will have to go through Washington to coordinate any response to the North.

Washington had hoped South Korea would pull back from its threat to end the pact to prevent its already damaging row with Tokyo over trade and history from spilling into the security arena.

On Thursday, the U.S. made its frustrations clear.

U.S. Secretary of State Mike Pompeo said he was "disappointed" by the decision and expressed hope the two countries will begin to mend their ties.

The State Department went further to issue a stinging rebuke of the government of South Korean President Moon Jae-in, saying the termination "reflects a serious misapprehension on the part of the Moon Administration regarding the serious security challenges we face in Northeast Asia."

The Pentagon also expressed its "strong concern and disappointment that the Moon Administration has withheld its renewal" of the pact.

Analysts noted the disagreement comes at a time when Seoul and Washington are about to negotiate the renewal of a cost-sharing agreement for the upkeep of U.S. troops in South Korea.

U.S. President Donald Trump has declared his intentions to get Seoul to pay significantly more.

"I believe the decision is self-defeating," said Scott Snyder, senior fellow for Korea Studies at the Council on Foreign Relations. "It cools the atmosphere surrounding trilateral security cooperation and raises the issue of perceptions of Japan as a point of difference between Washington and Seoul on the U.S.-South Korea alliance agenda."

Bruce Bennett, senior defense analyst at The RAND Corporation, cast the problem in terms of South Korea's own defense needs in the face of a reduction in the size of its army.

In the event of a conflict with the North, the U.S. would deploy forces in support of its South Korean ally, but some of those troops would need to arrive via airports in Japan, according to Bennett.

The U.S. now needs to get involved and manage the situation to prevent a diplomatic disaster among the three countries, said Harry Kazianis, senior director of Korean studies at the Center for the National Interest.

"Team Trump needs to get South Korea and Japan to the negotiating table, and Trump could easily do this by tweeting out an invite to both nation's foreign ministers to come to Washington for talks -- something neither nation could ignore," he suggested.