SEOUL, Aug. 23 (Yonhap) -- South Korea is mulling whether to invite North Korea to an annual international security forum to be held in Seoul next month, a government official said Friday.

The 8th vice-ministerial Seoul Defense Dialogue (SDD) is set to take place on Sept. 4-6, with the attendance of hundreds of government officials and experts from 56 countries and five international organizations, including the U.N.

"We are reviewing whether to invite North Korea here," the official said, without elaborating further.

South Korea sent an invitation to North Korea to join the annual forum in 2015, but it did not accept it.

Under the theme of "Building Peace Together: Challenges and Visions," this year's SDD will have several sessions focusing on the peace process and arms control on the Korean Peninsula, as well as security issues in Northeast Asia, the Association of Southeast Asian Nations (ASEAN) and the Middle East, according to its organizer. 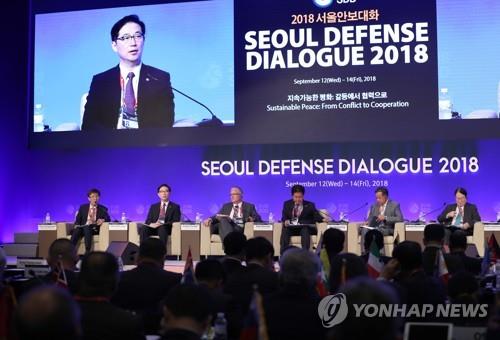