SEOUL, Aug. 23 (Yonhap) -- North Korea said Friday it would be a "miscalculation" if the United States tries to confront Pyongyang with sanctions, urging it to drop its hostile stance.

In a statement, North Korea's Foreign Minister Ri Yong-ho also warned that Pyongyang will remain "the biggest threat" to Washington for a long time should the U.S. stick to a hostile stance.

"It would be a miscalculation if the U.S. is unwilling to give up its confrontational stance and tries to confront us with such things as sanctions," Ri said in the statement carried by the Korean Central News Agency.

"Then, we would remain the biggest threat to the U.S. for a long time and make it realize what it has to do for the sake of denuclearization once and for all," he added. "We are ready both for confrontation and dialogue."

He also strongly criticized U.S. Secretary of State Mike Pompeo for hampering talks and called him a "poisonous plant" among U.S. diplomats, citing a recent media interview in which Pompeo said that the toughest sanctions will be kept in place until the North gives up its nuclear weapons.

"If the U.S. still has a hollow dream that it can achieve everything with sanctions, we have no choice but to leave it to dream on or make it disillusioned," Ri said. 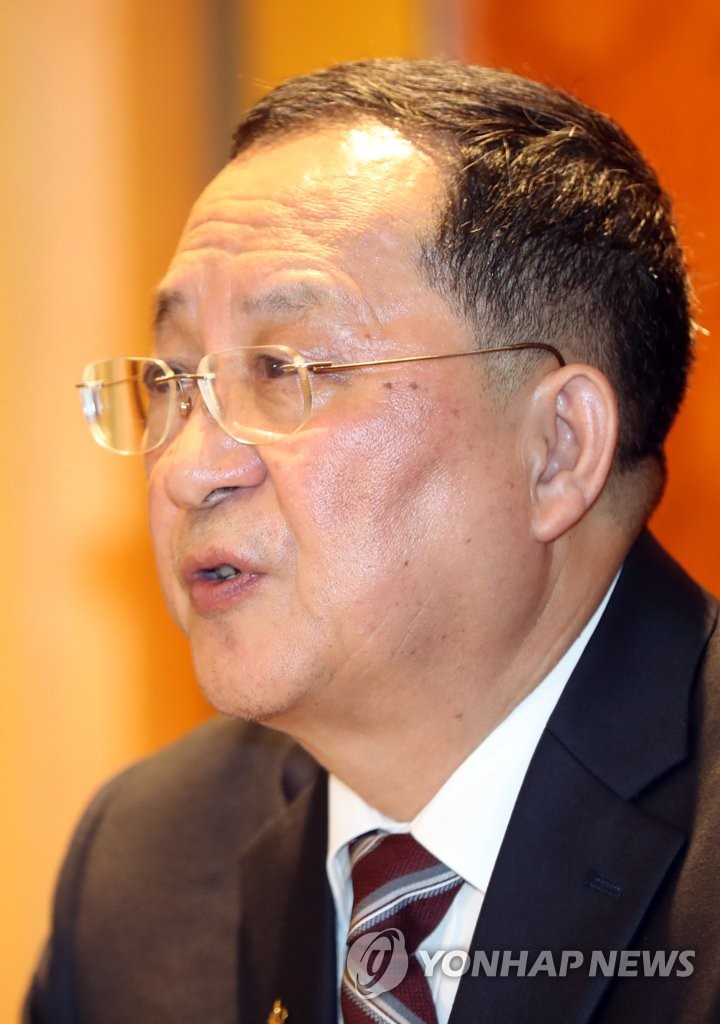 The criticism came a day after the North said it has no interest in talks as long as military threats continue, taking issue with Seoul's move to introduce F-35 stealth fighters from Washington. It also came after top U.S. nuclear envoy, Stephen Biegun, said in Seoul on Wednesday that Washington is ready to resume talks with Pyongyang.

Speculation arose that the U.S. and North Korea might resume their denuclearization negotiations soon as U.S. President Donald Trump earlier said that North Korean leader Kim Jong-un expressed his willingness to resume talks once the military exercise between Seoul and Washington is over.