(ATTN: UPDATES with comment by participant in meeting between finance minister and heads of think tanks in 11th para)
By Kim Kwang-tae 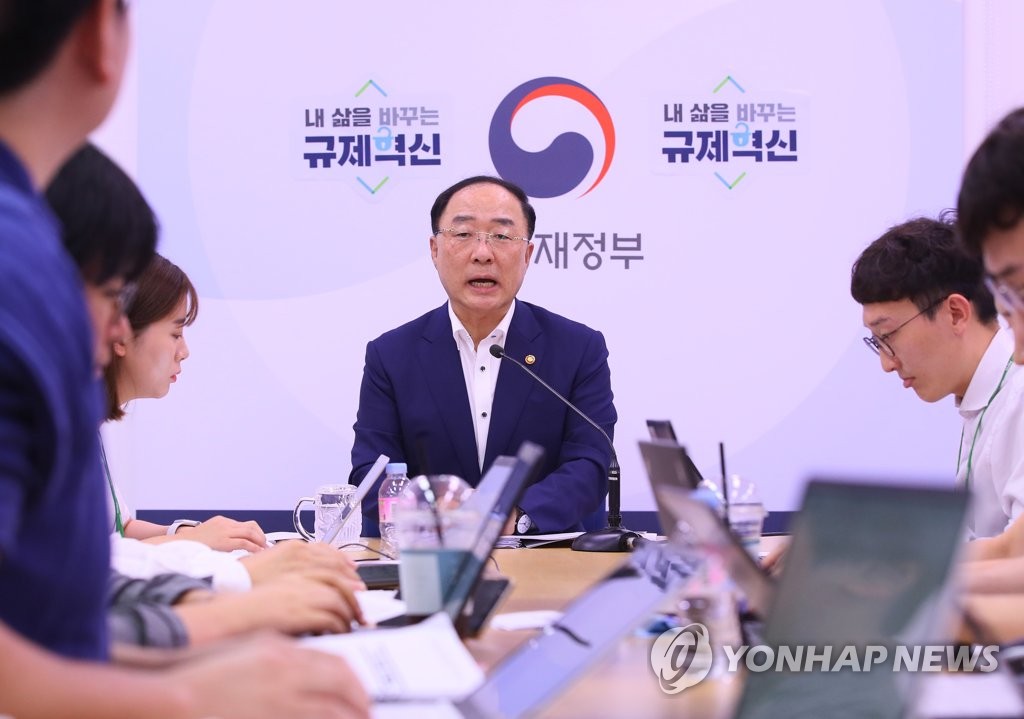 Concerns have mounted that the trade war between the two neighbors could weigh on South Korea's economy.

Hong told reporters earlier in the day that it's not the time to revise down South Korea's growth target this year, but the finance ministry said the growth target should be cut to between 2.0 percent and 2.2 percent, given recent developments, according to a person who participated in Hong's meeting with heads of state-run and independent think tanks.