SEOUL, Aug. 23 (Yonhap) -- South Korea's central bank is again faced with a dilemma over when and how to trim its key rate, just one month after it delivered a widely unanticipated rate cut to boost the growth of Asia's fourth-largest economy.

A need to support the local economy has been stressed over and over since early on after the Bank of Korea (BOK) cut its 2019 growth outlook to 2.6 percent in January, down from a 2.7 percent forecast three months earlier and slower than the 2.7 percent on-year expansion posted in 2018.

All things have turned south since then.

South Korea's exports have dropped for eight consecutive months, since December, and are tipped to continue their losing streak in August, with outbound shipments plunging 13.3 percent on-year in the first 20 days of the month.

The BOK again slashed its growth outlook to 2.5 percent in April, then to 2.2 percent last month. 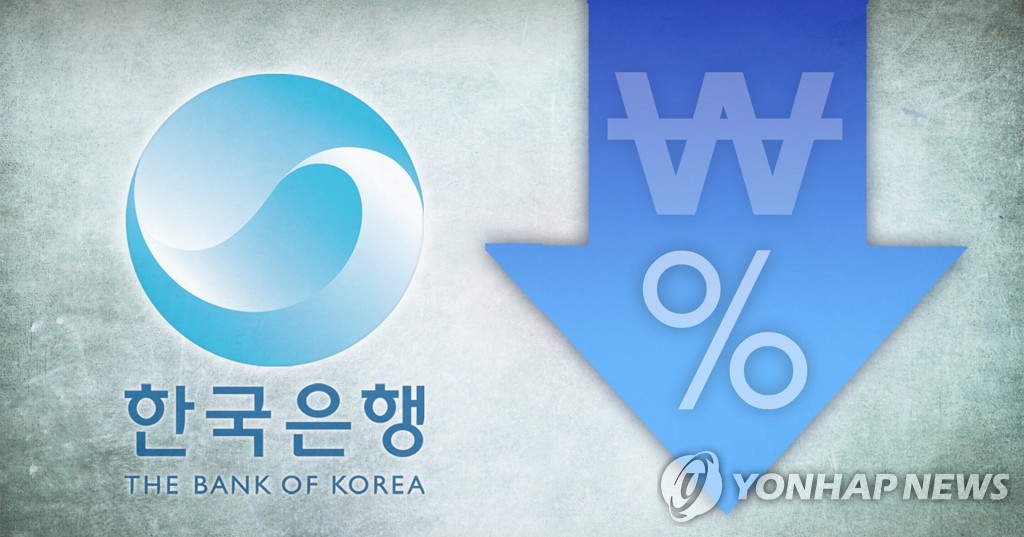 The problem is that the cause of the decline in exports for the export-dependent nation comes largely from outside and not within.

The prolonged trade dispute between the United States and China, the world's largest importers of South Korean products, has recently shown signs of ups and downs, casting uncertainty over Asia's fourth-largest economy.

"Deterioration in external conditions, such as the U.S.-China trade dispute and Japan's export curbs, will likely work as a factor for additional rate cuts in the future," Korea Development Bank (KDB) analyst Lee Yoo-na said in a recent report. The analyst forecast at least two more rate reductions within the year.

Both semiconductors and display panels are key exports items of South Korea that together account for more than a quarter of the country's overall exports.

Against such a backdrop, the BOK's monetary policy board made a surprise move to cut the base rate by 25 basis points to 1.50 percent in its latest meeting held July 18, marking its first rate cut in more than three years.

"To reach the annual growth forecast of 2.2 percent by the BOK this year, the economy must grow 0.9 percent (on-quarter) each quarter in the second half, and that is nearly impossible," Kim said.

"While the possibility of the U.S.-China trade dispute coming to an end in the near future remains slim, South Korea faces an additional problem from Japan's export curbs. The drop in the country's exports and facility investment caused by the escalating trade dispute between the United States and China and Japan's export restrictions may accelerate in the future," the analyst added.

Still, Kim insisted the BOK will likely wait until October for its next rate cut.

Many see the need for additional rate cuts, but some question the effectiveness of further rate reductions while also insisting the country may quickly run out of options if it moves too soon.

BOK officials agree the country still has room to maneuver in terms of its monetary policy but said moving too soon, especially before the U.S., may quickly deplete what little it has left. 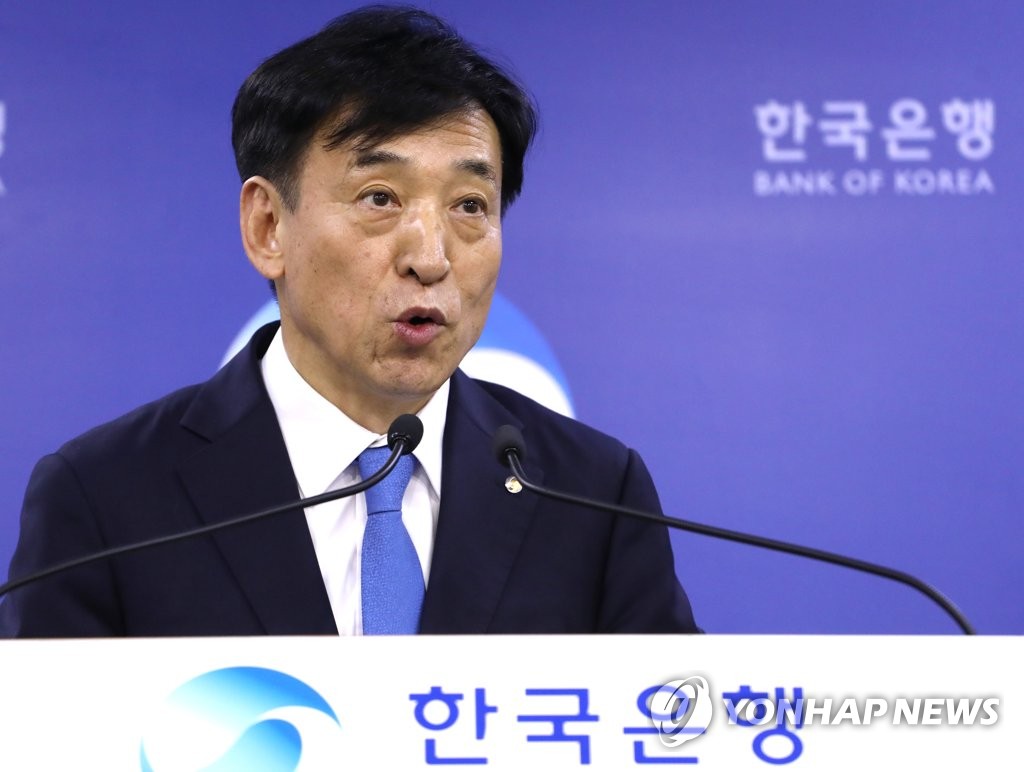 "The rate cut did reduce our room for additional monetary policies, but we still maintain room to take measures in case of changes in economic conditions," BOK Gov. Lee Ju-yeol said shortly after the BOK board slashed the policy rate last month.

The country's key rate already sits at 75 basis points lower than that of the U.S., which lowered its base rate to a range of 2 percent and 2.25 percent in the latest Federal Open Market Committee meeting held July 30-31, nearly two weeks after the BOK first slashed its own.

In addition to woes over rate reductions leading to a rise in household debts and home prices, South Korea's central bank also remained concerned that a wider gap between the country's interest rates and those of the world's largest economy may trigger a massive capital outflow from the local market.

"For a country, such as South Korea, the No. 1 issue it has to consider before a possible rate reduction is capital flight, which could cause very serious problems," a ranking BOK official told Yonhap News Agency, while speaking on condition of anonymity.

BOK chief Lee too has highlighted the importance of keeping the country's international credibility intact.

"We must maintain the international community's faith in our economy," Lee has said.

Foreign investors were net buyers in July, purchasing a net 2.05 trillion won (US$1.69 billion) of local shares but remained net sellers for 13 consecutive sessions since July 31 before briefly snapping the selling streak Tuesday.

Another dilemma facing the BOK is whether an additional rate cut would in fact be effective in supporting growth, partly because the current problems facing the country most come from external factors but also because high interest rates may not be the reason local consumers and companies are spending less.

"It is believed that the effect of a rate cut on investment may have been reduced as large companies have become less dependent on external funds since the (2008) financial crisis," the BOK said earlier.