According to the sources, LG Chem inked the deal to secure lithium hydroxide from Tianqi Lithium Kwinana (TLK) Pty Ltd., in Australia, a subsidiary of the China-based Tianqi Lithium Corp., the world's No. 3 producer of the metal used in EV batteries.

Under the deal, TLK-produced lithium hydroxide will be supplied to LG Chem from 2020 to 2022, with an option to extend the contract by a further three years by mutual agreement, the sources said.

The exact volume of the supply was not immediately known.

"Since our EV battery business is growing rapidly, we'll keep trying to secure raw materials for EV batteries," an LG Chem official said. "Lithium hydroxide is a key raw material, and it is important for us to diversify our import channels."

LG Chem's latest move came on the heels of its local rival SK Innovation Co., which already signed a deal with TLK to buy an estimated 50,000 tons of lithium hydroxide from July 1, 2019, to 2024.

LG Chem has been moving actively in recent years to boost its battery business as it aims to achieve 31.6 trillion won (US$26 billion) in sales by 2024, sharply up from last year's 6.5 trillion won, from the sector.

The company last year bought a 1.2 percent stake in Jiangxi Ganfeng Lithium, a major lithium producer in China, and acquired a some 5 percent stake in U.S. firm Enevate, which develops lithium-ion battery technology. 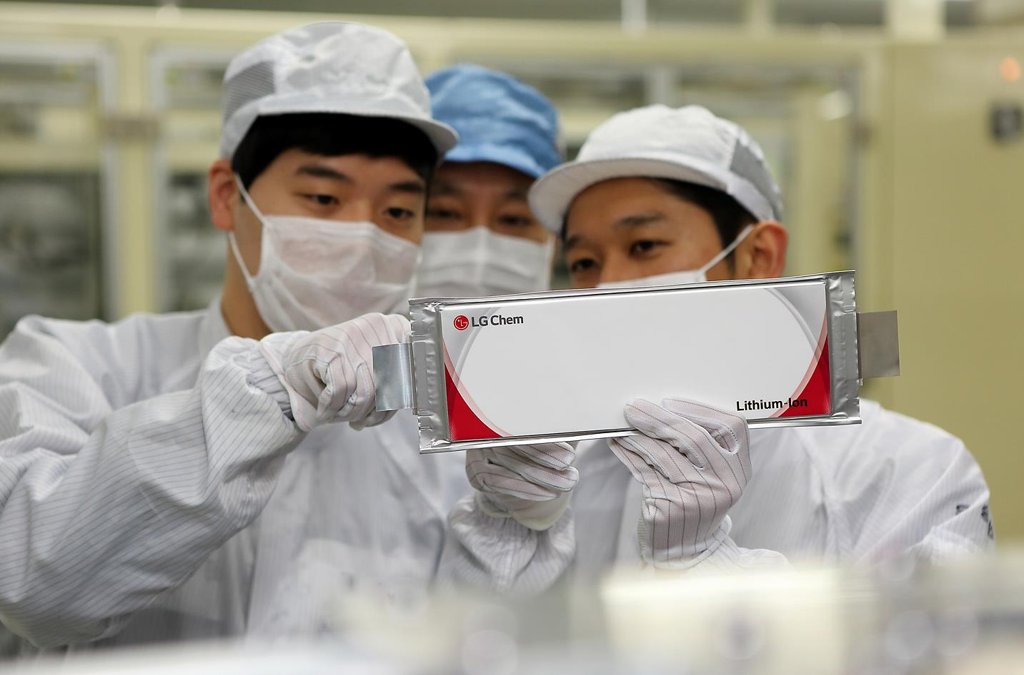