SEOUL, Aug. 23 (Yonhap) -- Despite South Korea's decision to terminate its bilateral intelligence-sharing pact with Japan, their exchange of military secrets will continue to be possible mainly through an existing trilateral mechanism involving the United States.

But the roundabout way of exchanges via Washington and its non-binding feature could prevent them from actively sharing their classified information, experts said Friday.

The General Security of Military Information Agreement (GSOMIA) between South Korea and Japan will expire in November, as the Seoul government announced its decision on Thursday not to extend the pact.

It was in response to Japan's export curbs on South Korea, which began in July and were further extended earlier this month, in apparent retaliation against Seoul's Supreme Court ruling last year on wartime forced labor.

"There could be concerns over the downtrend in exchanging military information with Japan, but we will exploit the channel of the Trilateral Information Sharing Arrangement (TISA)," Deputy National Security Adviser Kim Hyun-chong said.

Signed in December 2014, TISA is a framework where South Korea, the U.S. and Japan may voluntarily share their classified military information concerning nuclear and missile threats posed by North Korea.

It was pushed for in the face of growing military threats by North Korea after a bilateral information-sharing deal between Seoul and Tokyo foundered at the last moment in 2012 due to strong public opposition amid proceedings behind closed doors.

"Because of its way of sharing secrets, TISA has not been activated very much since the establishment of GSOMIA (in November 2016)," a military source said.

Under GSOMIA, South Korea and Japan have shared their classified information 29 times, including seven times this year on North Korea's weapons tests involving short-range ballistic missiles, according to the defense ministry. It was not immediately known how many times the two neighbors exchanged their intelligence via TISA during the period. 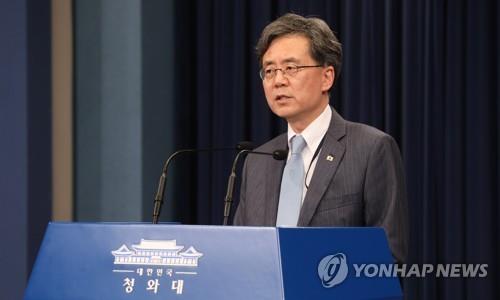 As for the level of military information to be exchanged, no details were set in the trilateral arrangement, but a senior government official said that secrets classified as "level 3" are generally subject to it.

Unlike the bilateral pact that stipulates the protection of the shared information, TISA does not have legally binding effects under international law.

As the three-way arrangement is based upon the bilateral military information-sharing pacts that the U.S. has separately with South Korea and Japan, the shared secrets under the trilateral framework can be protected, according to the ministry.

"But such non-binding features, together with the complicated way of sharing, would make both sides reluctant to share their intelligence more actively than they have done under the bilateral pact," Cho Sung-ryul, senior research fellow at the Institute for National Security Strategy, said.

He also raised the chance that either Japan or the U.S. could raise objections to maximize the trilateral mechanism.

Speaking of public concerns over limits to intelligence sharing with Japan and its possible impacts on national security, defense ministry spokesperson Choi Hyun-soo said the government will "further expand exchanges of necessary information with the U.S., as well as Japan via the U.S."