SEOUL, Aug. 24 (Yonhap) -- South Korea is considering determining when to conduct maritime drills on and around its easternmost islets of Dokdo after watching whether Japan will take the South off a list of trusted trading partners as planned next week, an official said Saturday.

The drills, involving the Navy, the Marine Corps and the Coast Guard, have been held twice a year, usually in June and December, to better fend off possible foreign infiltrations to the rocky outcroppings and the surrounding waters.

"We are reviewing diverse factors, including the date when Japan's removal of South Korea from its whitelist is supposed to go into effect, and weather conditions, among others," an official said, indicating that they are unlikely to take place before early next week.

"The military and the Coast Guard are sure to carry out the drills on that fixed date," he added.

The defense ministry has repeatedly said that the authorities are reviewing the exact schedule and scale.

Amid deteriorating relations with Japan, President Moon Jae-in's national security advisor, Chung Eui-yong, said during a parliamentary session earlier this month that the drills would be staged on a larger scale compared with previous ones, but he didn't elaborate on the time frame.

South Korea has maintained effective control of the nation's easternmost islets with a small police detachment since their liberation from Japanese colonial rule in 1945. Japan has persistently laid claim to Dokdo, drawing strong condemnations from the Seoul government.

Seoul-Tokyo ties have plummeted to a fresh low recently after Japan vowed to drop South Korea off the list of its trusted trading partners earlier this month following the announcement of tighter export curbs on July 4. In response, South Korea on Thursday announced its decision to terminate the military information-sharing pact with Japan. 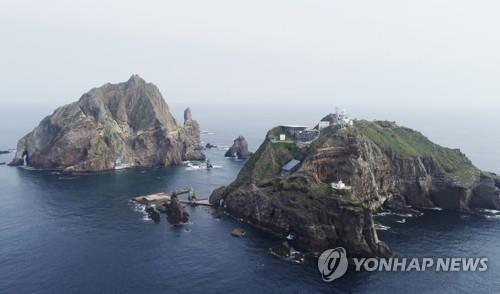