SEOUL, Aug. 23 (Yonhap) -- South Korea women's volleyball head coach Stefano Lavarini was happy that his team defeated rival Thailand at a regional tournament on Friday. He wasn't so pleased with how his team won.

South Korea defeated Thailand 3-1 (25-20, 23-25, 25-17, 25-21) in the second round of the Asian Women's Volleyball Championship in Seoul on Friday, a tightly contested match between the countries expected to battle for an Olympic berth next January. 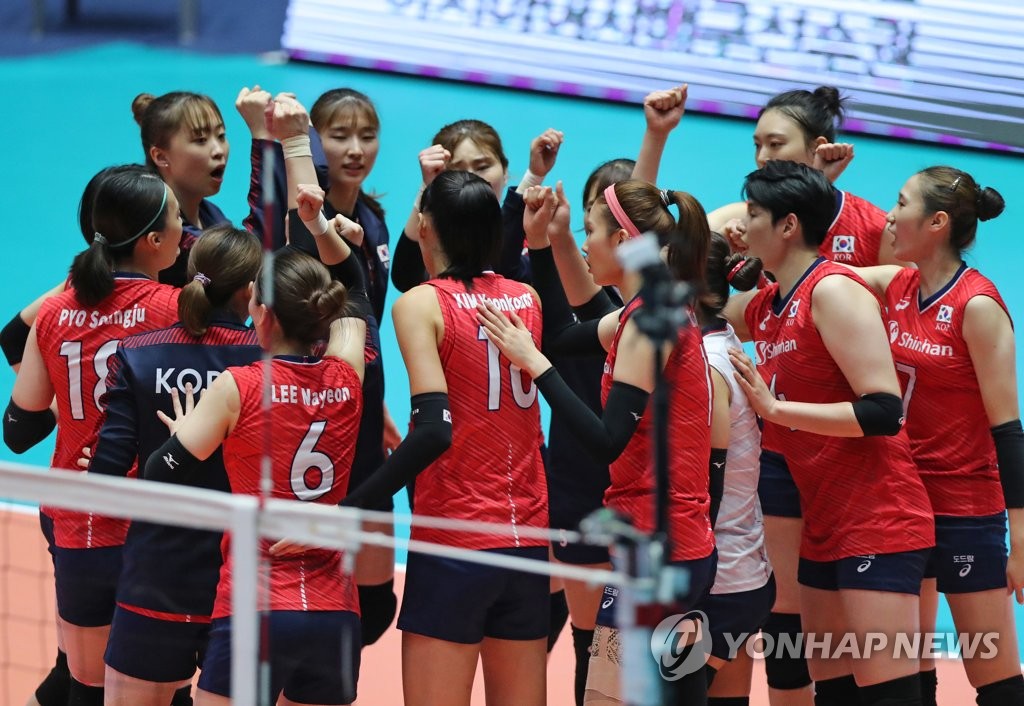 Thailand, which defeated South Korea in the semifinals of the 2018 Asian Games, didn't make it easy for South Korea, who blew a 10-5 lead in the second set and nearly squandered a 20-16 lead in the fourth set.

"I feel quite happy because winning is always important, and I also had the feeling that the way that we are working should allow us to reach a good level," Lavarini said. "But the feeling is we have the possibility to improve. We just have to work and keep focusing on match by match."

Asked to give his team a grade on a scale of 100, Lavarini offered 75 for the result and 65 for the performance.

"I was confident that if our application would be tactically good, we'd play a good match," the Italian native said. "But we have a lot of room for improvement."

Lavarini blamed the second set loss on a lapse in concentration.

"We stopped focusing on what we were supposed to focus on, and we let Thailand go ahead, even though we started really well," the coach said. "It was good that we instantly recovered our focus starting from the third set."

Both South Korea and Thailand advanced to the semifinals, and they're on different sides of the bracket, meaning they could meet again in Sunday's final. 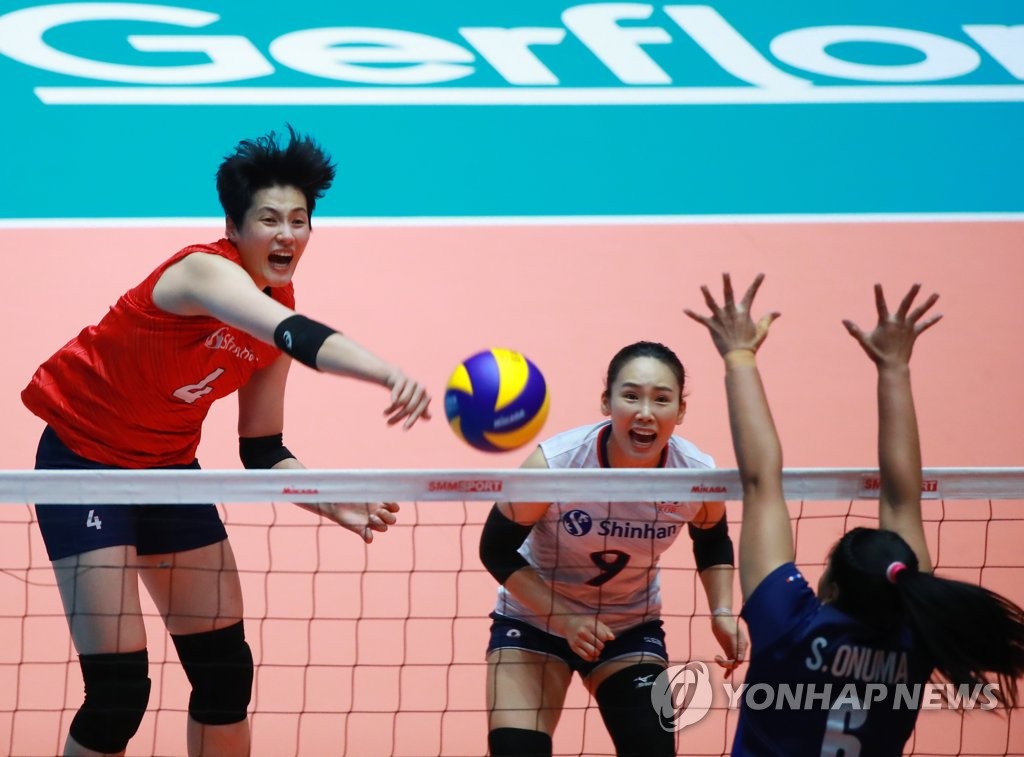 The showdown here is regarded as a preview of the Asian Olympic qualifying tournament in January. With two other Asian powers, China and Japan, having already secured their spots at the 2020 Tokyo Olympics, South Korea and Thailand are expected to battle for one remaining spot at stake at the regional qualifiers.

But Lavarini refused to look that far down the road, saying, "We're just focusing on this competition. January is not important. We have a lot of time left until January."

Kim Hee-jin, the leading Korean scorer, said her mindset was to keep attacking.

"We'll be facing Thailand quite a bit in the future, including in January, and I prepared for this match with extra focus," Kim said. "I tried to just enjoy the match without putting too much pressure on myself."

Kim Yeon-koung, the team captain, said the key to the victory was to set the tone early by taking the opening set.

"I got frustrated at times when I couldn't come up with points for the team, but then everyone else stepped up," she added. "It was a total team effort." 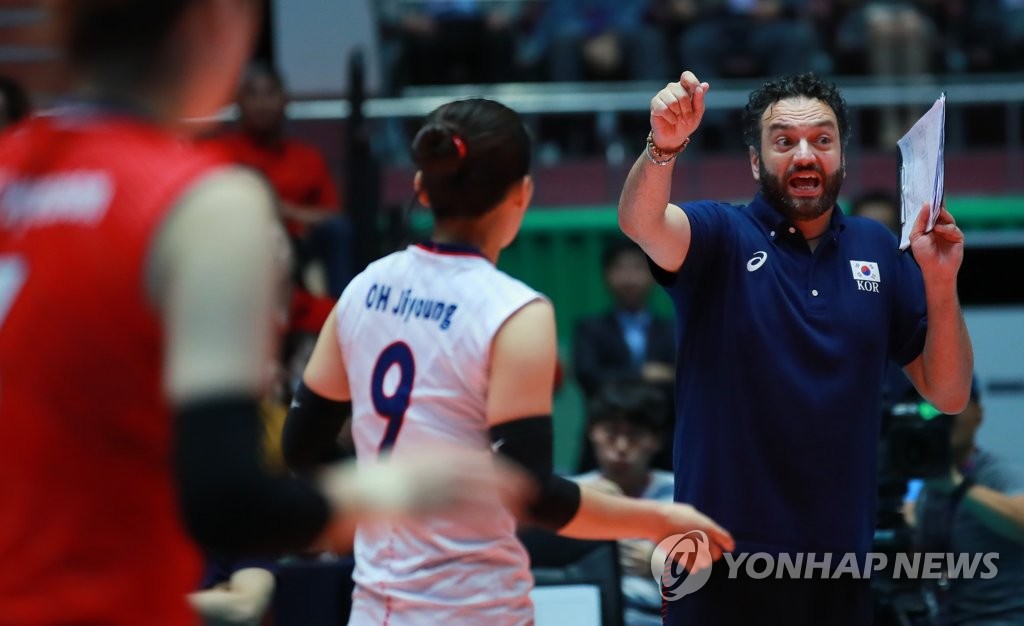