In Washington, a senior U.S. government official said the United States is aware of the latest missile launches and is closely monitoring the situation in cooperation with its allies. 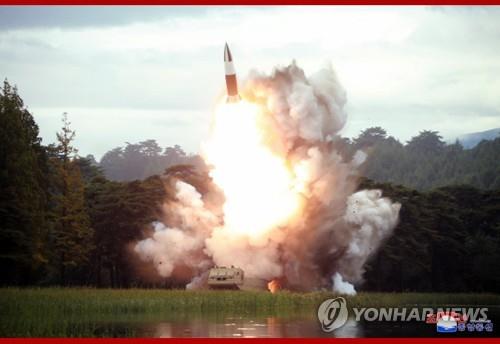 Earlier this month, North Korean leader Kim Jong-un expressed his "small apology for testing the short-range missiles to U.S. President Donald Trump, and said that such saber-rattling would stop when the exercises end.

Kim expressed his willingness to resume talks with the U.S. "as soon as" the exercise is over, according to U.S. President Donald Trump.