SEOUL, Aug. 24 (Yonhap) -- Police have launched a probe after a video and photos of a South Korean man allegedly threatening and beating a Japanese woman went viral on social media, they said Saturday.

"We have found the victim and the suspect in the alleged assault case, which occurred the previous day, and contacted them," an official at Seoul Mapo Police Station said.

Police later called in both the victim and the suspect and investigated the details of the incident.

The man denied the allegations against him, claiming he never physically assaulted the Japanese woman and that the video was fabricated, although he admitted that he grabbed her hair.

Police said the video doesn't appear to be fake, adding that the man could be booked on charges of assault and insult if the allegations are confirmed.

In the video that went viral online, the man threateningly follows the woman, hurling insults. The video accompanied multiple photos of the man allegedly beating the woman.

The woman reportedly said the man began threatening her near the university district of Hongdae in western Seoul when she ignored him as he followed her. The woman reportedly told police that there was no sincere apology from the man after the incident and that she wants the suspect to be punished.

Police said they began looking into the case after receiving a report that a video of a South Korean man assaulting a Japanese woman is circulating online.

South Korea on Thursday announced its decision to withdraw from a bilateral military intelligence-sharing pact with Japan, citing a "grave change" in security cooperation conditions between the two countries. 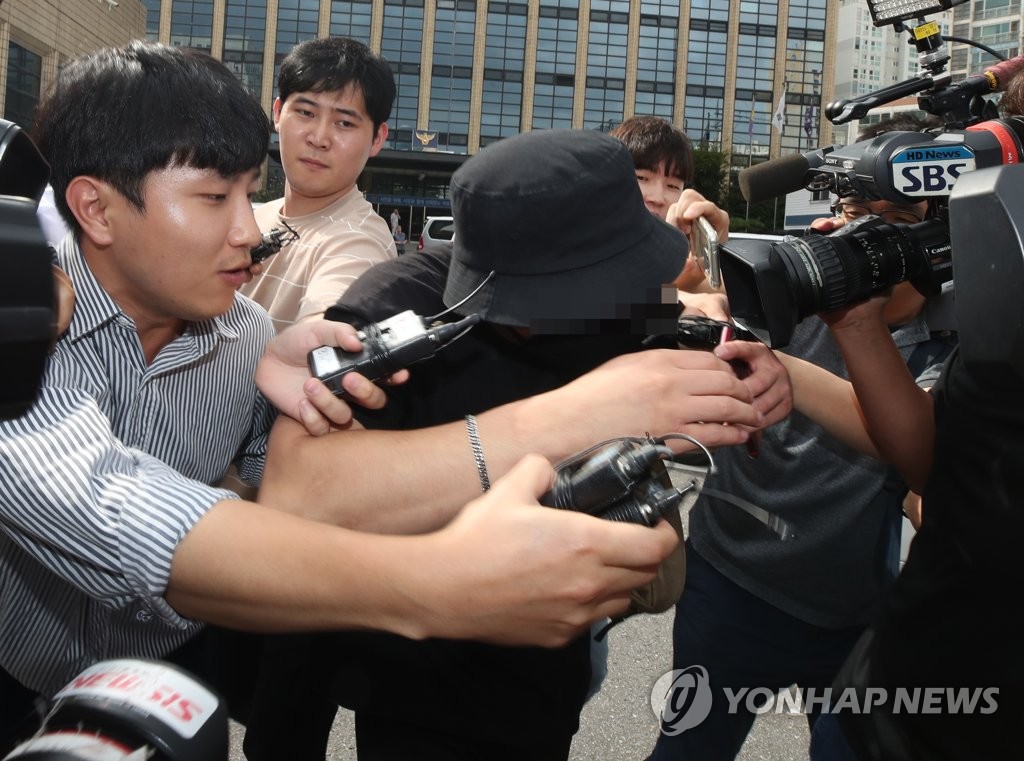