The officials of the LKP and its supporters occupied streets for the first time since May 25, when they protested against a move to fast-track key bills, including electoral reform. The LKP claimed that some 100,000 people joined its latest rally at Gwanghwamun Square in Seoul.

The leaders of the LKP in particular criticized Moon's recent nomination of Cho Kuk, a former senior presidential secretary for civil affairs, as justice minister. Cho has been facing a series of scandals ranging from illicit college admission allegations about his daughter to his family's dubious investment in a private equity fund.

The LKP has recently been stepping up its political offensive against the government apparently to help rally core supporters amid weak public support. 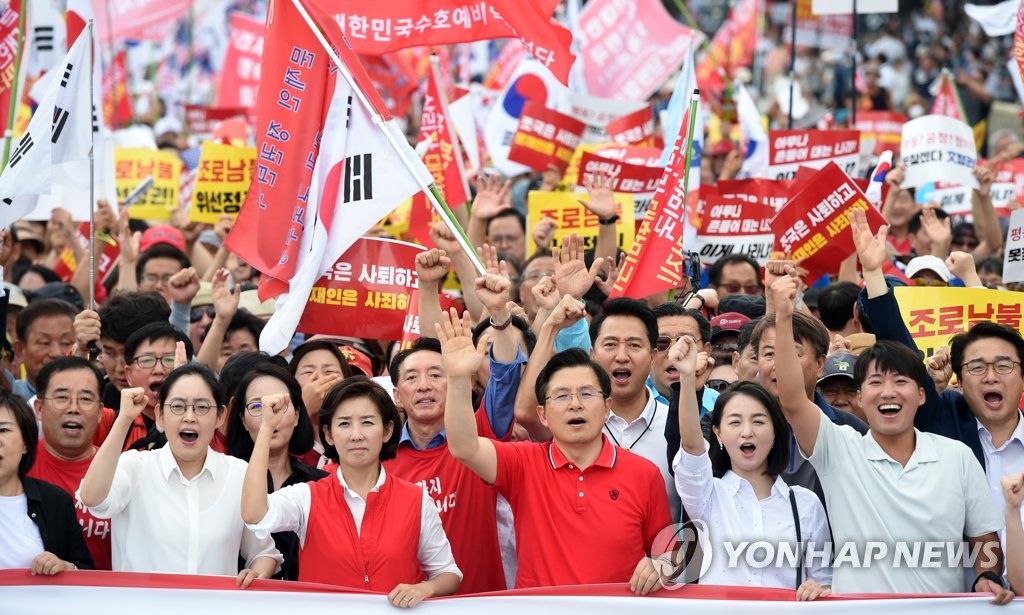