The upcoming events in Japan are a follow-up to the septet's recent fan meeting series "BTS 5TH MUSTER [MAGIC SHOP]," held in South Korea's Seoul and Busan in June.

The Japanese edition will kick off at the Zozo Marine Stadium in Chiba City on Nov. 22-23 before moving to the second stop in Osaka's Kyocera Dome, where another two days of fan meetings are scheduled on Dec. 14-15, according to the band's Japanese fan site.

Both of the stadiums have the capacity to accommodate some 30,000 spectators, and the organizers will distribute the tickets for the four fan meetings through a lottery.

Applications for ticket purchases will be made available Sept. 6 and last for 11 days before the event organizer picks and announces the final winners on Sept. 20.

Despite worsening diplomatic ties between Seoul and Tokyo, BTS successfully staged the Japanese leg of its world tour last month.

Following the Japanese concerts, BTS went on its first official vacation since its debut in 2013 earlier this month.

In October, ahead of the Japanese fan meetings, the boy band is also scheduled to perform in Saudi Arabia's capital Riyadh before wrapping up its "Love Yourself: Speak Yourself" world tour with its Seoul performances set for Oct. 26-27 and Oct. 29. 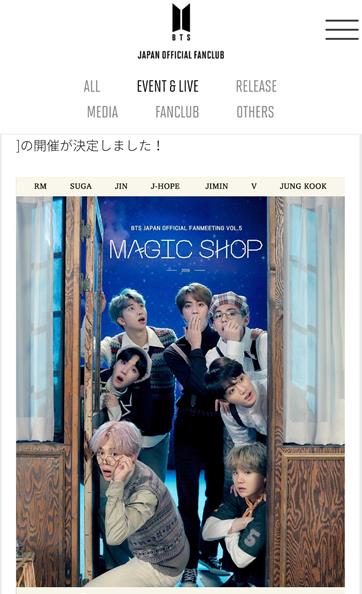 BTS to host 4 fan meetings in Japan this year

BTS to host 4 fan meetings in Japan this year