On Thursday, Statistics Korea announced the average household income for the April-June period, with most media reports analyzing that household income inequality widened to the worst level in more than a decade despite the government's efforts to bridge the gap for the low-income bracket.

"(The data showed that) income of the bottom 20 percent income bracket has turned on upward momentum and that the overall income level improved considerably," Lee Ho-seung, a senior secretary for economic affairs at Cheong Wa Dae, told reporters on Sunday.

The data showed that the average household earned 4.7 million won (US$3,900) per month in the April-June period, up 3.8 percent from the previous year.

The Moon administration has been pushing forward an aggressive fiscal policy to cope with the widening income gap through so-called income-led growth.

"Effects of the fiscal policy strengthened to the highest level," Lee said, adding that the overall household income level for the 2018-2019 period is higher compared to previous years. 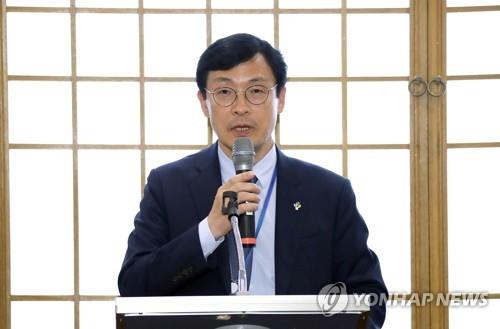