SEOUL, Aug. 26 (Yonhap) -- South Korea's tax-to-gross domestic product (GDP) ratio reached nearly 27 percent in 2018, but it was lower than that for other major economies, a report showed Monday.

The country's tax-to-GDP ratio came to 26.8 percent last year, up 1.4 percentage points from the prior year, according to the report from the National Assembly Budget Office.

It was the steepest on-year increase in 10 years, and last year marked the fifth consecutive year of rise.

The ratio refers to a country's tax revenue and social security contributions divided by its GDP. 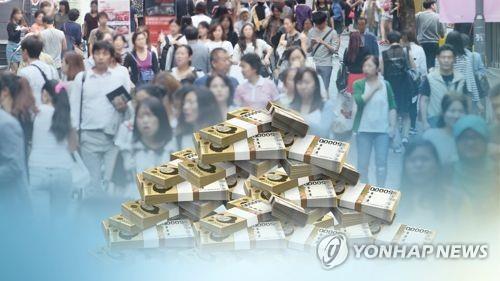 Last year's increase was attributed largely to the country's increased tax burden. South Korea's tax burden rose to 20 percent of its GDP in 2018 from 18.8 percent a year earlier.

Still, South Korea had a lower tax-to-GDP ratio than other members of the Paris-based Organization for Economic Cooperation and Development (OECD).