SEOUL, Aug. 26 (Yonhap) -- The fate of Samsung Electronics Vice Chairman Lee Jae-yong is expected to hinge on the top court's verdict due this week as he could be stripped of a suspended term over a massive corruption scandal involving disgraced ex-President Park Geun-hye, depending on how the court defines bribery.

If he is reincarcerated, the ruling is expected to deal a heavy blow to Samsung Electronics, which is struggling with an economic slowdown and Japan's export curbs against South Korea of key high-tech materials vital to making chips and displays.

The Supreme Court will hand down the final verdict Thursday on former President Park, her longtime confidante Choi Soon-sil and Samsung's Lee in a high-profile corruption scandal.

The unprecedented scandal that rattled the nation in late 2016 sparked massive street protests and eventually led to her removal from office in March 2017. 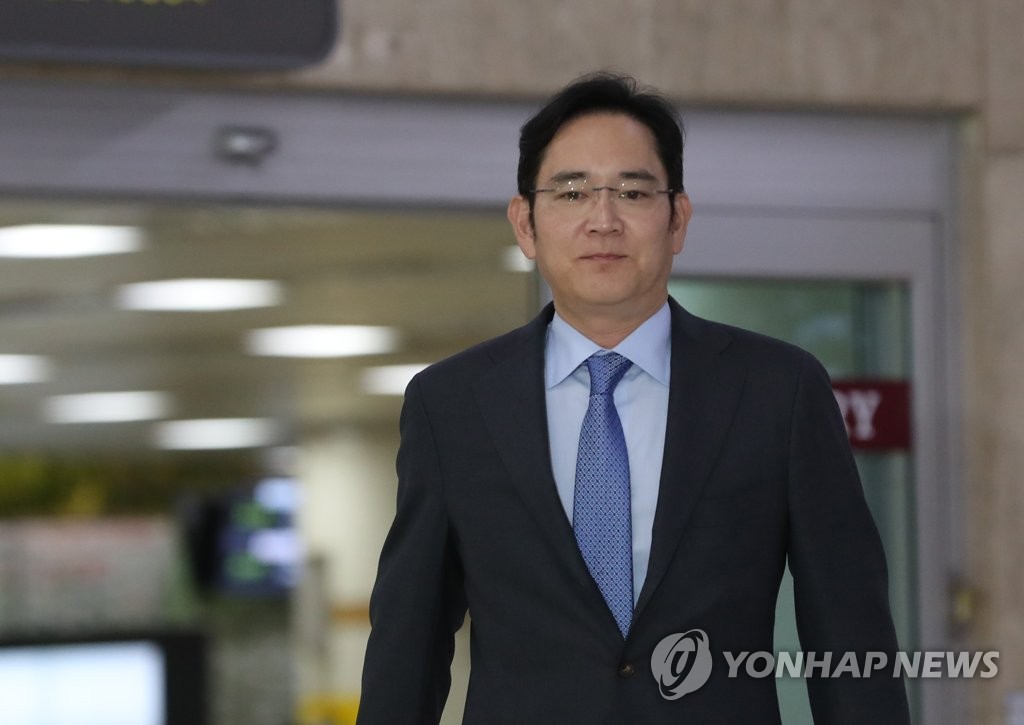 A Seoul appellate court sentenced Park to 25 years in prison in August 2018 as she was convicted of conspiring with Choi in forcing local conglomerates, including Samsung, to donate tens of billions of won to two nonprofit foundations under Choi's control. Choi was sentenced to 20 years in jail.

But in February 2018, Lee was released with a suspended sentence after the appeals court dismissed most of the key bribery charges against him. A suspended term is possible only in case of an imprisonment sentence of up to three years.

The main focus of Thursday's ruling will likely be on whether Lee can be rearrested, depending on the top court's judgment of the scope of bribery.

Lee was accused of providing bribes to Park and Choi in return for government backing of the merger of two key Samsung units, a move seen aimed at tightening Lee's control of Samsung Group.

Two lower courts differed on their judgment over whether the act by Samsung to provide three horses to the daughter of Choi, Chung Yoo-ra, constituted bribery and embezzlement.

The appeals court judged that Park and Choi received bribes worth some 7 billion won (US$5.7 billion). But for Lee, the court acknowledged bribes of only some 3.6 billion won that Samsung sent to Choi's Germany-based firm to sponsor the equestrian training of Chung.

"The ownership of the horses that Samsung provided was not transferred to Choi," the appeals court said Feb. 5, 2018, noting that 3.4 billion won, the money spent to buy the horses, was not viewed as bribes.

In the 2017 first court verdict, the Samsung scion was sentenced to five years in prison. But in the appeals trial, Lee's jail term was reduced to 2 1/2 years with a four-year suspended sentence, due to the courts' different judgment on the amount of bribery.

Another focal point for Thursday's ruling will be whether the top court will take into account the issue linked to Samsung's managerial succession from Lee Kun-hee, the now-hospitalized de facto head of Samsung, to his son Jae-yong.

The appeals court did not accept the prosecution's claim that Samsung offered bribes in return for the government's backing for his plan to smoothly inherit group control from his ailing father.

It found Lee "passively" complied with Park's demand to sponsor Choi's daughter after he was apparently intimidated by Park and Choi.

"Samsung had no agenda for which it needed to make an explicit or implicit request to the former president," it said.

In that sense, the court ruled that Samsung's 1.63 billion-won donation to a kids sports foundation run by Choi's family was not a bribe.

But since the verdict came out, prosecutors have been looking into allegations that an accounting fraud by Samsung BioLogics Co. may have served to benefit a 2015 merger between two Samsung units and thereby enhanced Lee's control of Samsung Group.

The alleged fraudulent accounting could have inflated the value of Cheil Industries Inc.'s stake in Samsung BioLogics, ahead of its merger with Samsung C&T Corp. in 2015, according to civic groups. Lee was a major stakeholder in Cheil at that time.

If the full bench of the top court acknowledges Samsung's 1.63 billion-won donation was a bribe, the total amount of kickbacks that Samsung provided to Park and Choi could rise to more than 5 billion won.

Then a jail term for Lee could be raised to a minimum five years, which would strip him of his suspended sentence.

Whether the top court will reject a lower court's ruling that cleared Lee of hiding assets overseas could be an issue that will draw attention.

The appeals court judged that Samsung sent 3.7 billion won to the Germany-based firm controlled by Choi as kickbacks, not for the purpose of concealing it.

If convicted, a violator of the related law could face a jail term of at least one year and fines worth the value of avoiding assets up to 10 times. 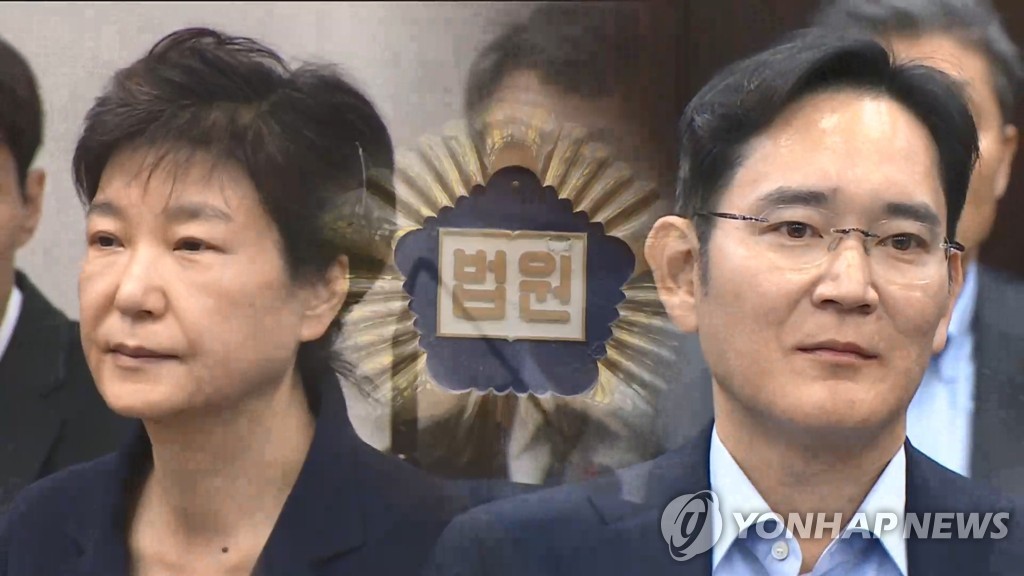