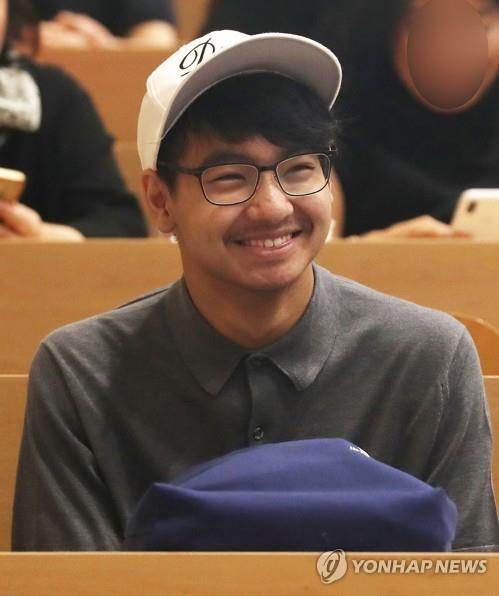 After spending his first year here, he is to move on for further study at the school's main campus in Seoul.

Wearing a white baseball cap and glasses, he arrived at the ceremony venue early on and stayed cheerful throughout the ceremony, occasionally chatting with schoolmates.

Yonsei let in the media to cover Maddox briefly in the initial phase of the ceremony. Surrounded by cameras, he first appeared a little nervous but soon gained composure and a freshman's gaiety in the company of friends.

He was also not pestered by any schoolmates for his Hollywood background or relation to Jolie.

Jolie wasn't present at the entrance ceremony Monday, having toured the campus with her son and returned home last week.

"Maddox started his life at the International Campus's dormitory. ... He will stay at the dormitory and take courses like any other student," a school official said.

Maddox's study at the Korean university was reportedly inspired by his zealous interest in K-pop and Korean culture. 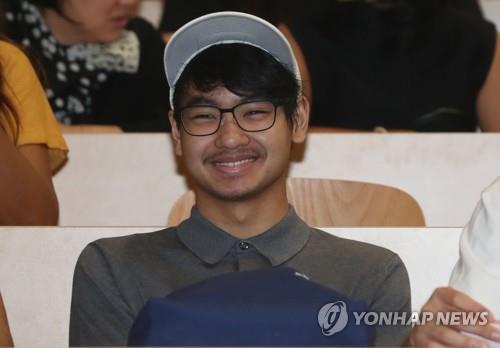