He visited the headquarters of NH Nonghyup Bank in Seoul and subscribed to the fund devoted to listed firms here manufacturing materials, components and equipment.

Moon, a former human rights lawyer, said it's the first time that he has put money in such a stock fund.

"It's very important to enhance the competitiveness of (South Korea's) material, component and equipment industries," he said while talking with bank workers. 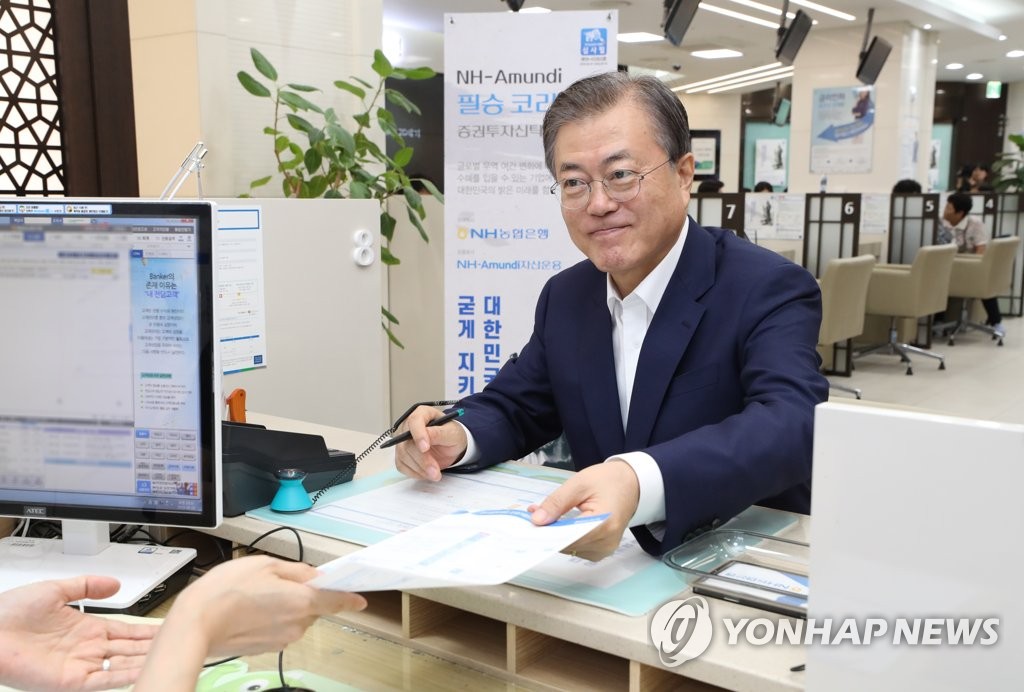 South Korean firms have relied heavily on Japan for the supply of those items.

But Japan has tightened its control of South Korea-bound exports of high-tech materials since early July, citing worries that some strategic ones may be transferred to North Korea or other third nations.

Tokyo is apparently retaliating against Seoul for its handling of the compensation issue linked with wartime forced labor victims.

Moon accused Japan of "taking a retaliatory measure that can obstruct South Korea's main industries" by exploiting its superiority in the material production field.

Earlier this month, NH-Amundi Asset Management Co. launched the fund, saying it will lower operation and sales fees to channel more profits into companies in need of funds for R&D and other business activities.