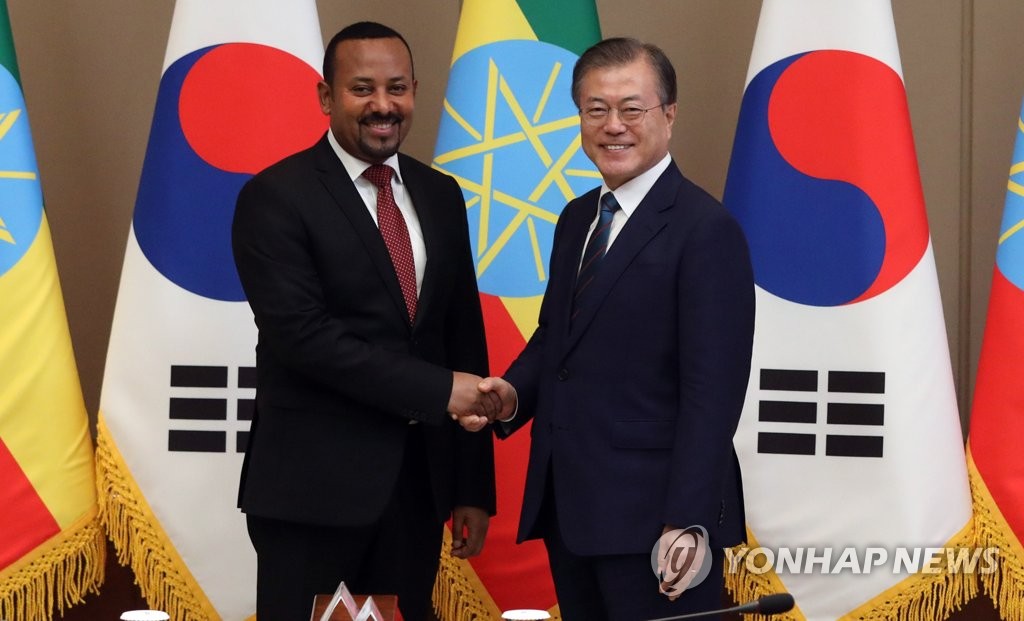 In order to facilitate bilateral trade and investment, Moon and Abiy also agreed on the need for an investment promotion and protection agreement.

Abiy reaffirmed his nation's firm support for South Korea's efforts for denuclearization and establishment of a peace regime on the Korean Peninsula.