Cho faces mounting public criticism over allegations that his 28-year-old daughter may have received preferential treatment over college admission with a controversial academic paper.

Rejecting demands by opposition parties to voluntarily withdraw from the nomination, Cho expressed his willingness to stand at a confirmation hearing to address the allegations.

"If I am given a chance to stand at a (parliamentary) confirmation hearing, I would like to frankly explain my weakness and limitation, and I am ready to be reprimanded," Cho told reporters.

"But if (political parties) fail to reach a deal over a hearing, I want to clarify the allegations directly (to the public) in many ways," he added. 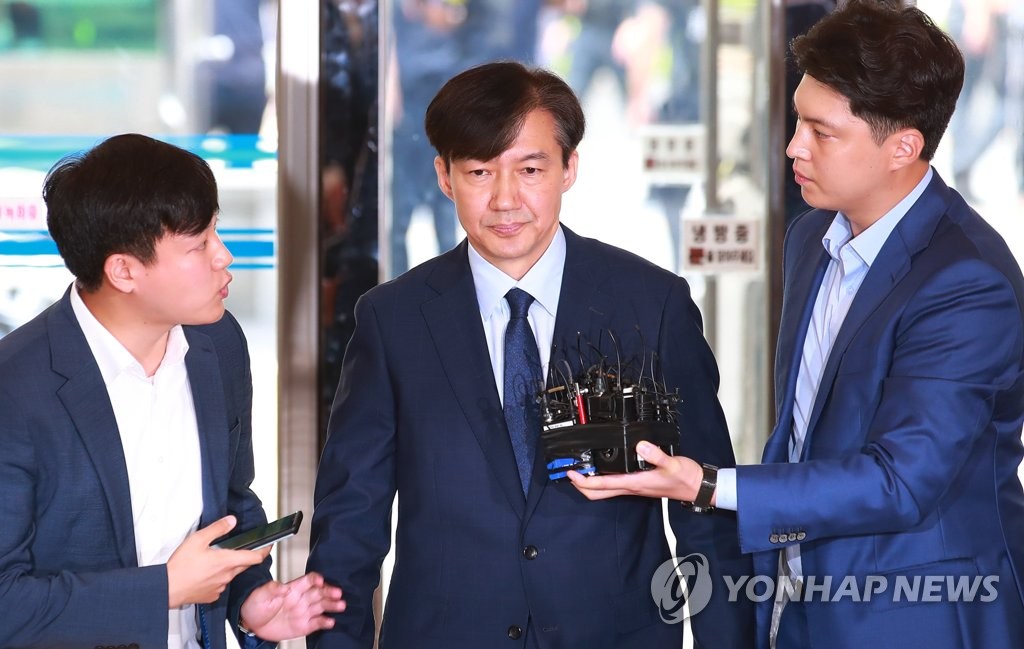 Public uproar mounted over his qualifications amid a series of scandals ranging from illicit college admission allegations about Cho's daughter and his family's dubious investment in a private equity fund and other corruption allegations.

In particular, the academics-related allegations involving his daughter have hit a public nerve in a country where college admission is a sensitive issue.

Apologizing for the allegations related to his daughter, Cho said, "It is painful, but I will not make an excuse or seek for public understanding."

Since the nomination, public anger at his "hypocritical" behavior has increased as Cho, a reform-minded law professor, has preached for a fair and just society and called for the need to eradicate social ills committed by the privileged.

Earlier in the day, political parties failed to reach a deal over the schedule for a confirmation hearing.

The ruling Democratic Party calls for a confirmation hearing on Friday, warning that it will push for a "people's hearing" that would be hosted by journalists where Cho could address the allegations to the public.

But the main opposition Liberty Korea Party and the minor opposition Bareunmirae Party want a hearing to be held early next month.

Negative assessments of his job performance surpassed 50 percent for the first time since Moon took office in May 2017.