SEOUL, Aug. 26 (Yonhap) -- Prime Minister Lee Nak-yon said Monday it appears to be desirable for the government to reconsider a military intelligence-sharing pact with Japan if Tokyo withdraws its export curbs against South Korea.

South Korea decided Thursday not to extend the General Security of Military Information Agreement (GSOMIA), citing a "grave change" in security cooperation conditions and Tokyo's refusal to accept Seoul's dialogue proposals. The deal, signed in 2016, is set to expire on Nov. 23.

"If Japan withdraws its unjust (trade) measures, it would be desirable for the Korean government to reconsider GSOMIA," the prime minister said at a parliamentary session.

Lee said the government harbored doubts about whether to share military secrets with Japan as if "nothing happens."

Even if the pact expires, South Korea will be able to continue sharing such information with Japan, when needed, via the Trilateral Information Sharing Arrangement (TISA), under which the United States will serve as the intermediary, the prime minister added.

TISA, a three-way arrangement among Seoul, Washington and Tokyo, was signed in December 2014. 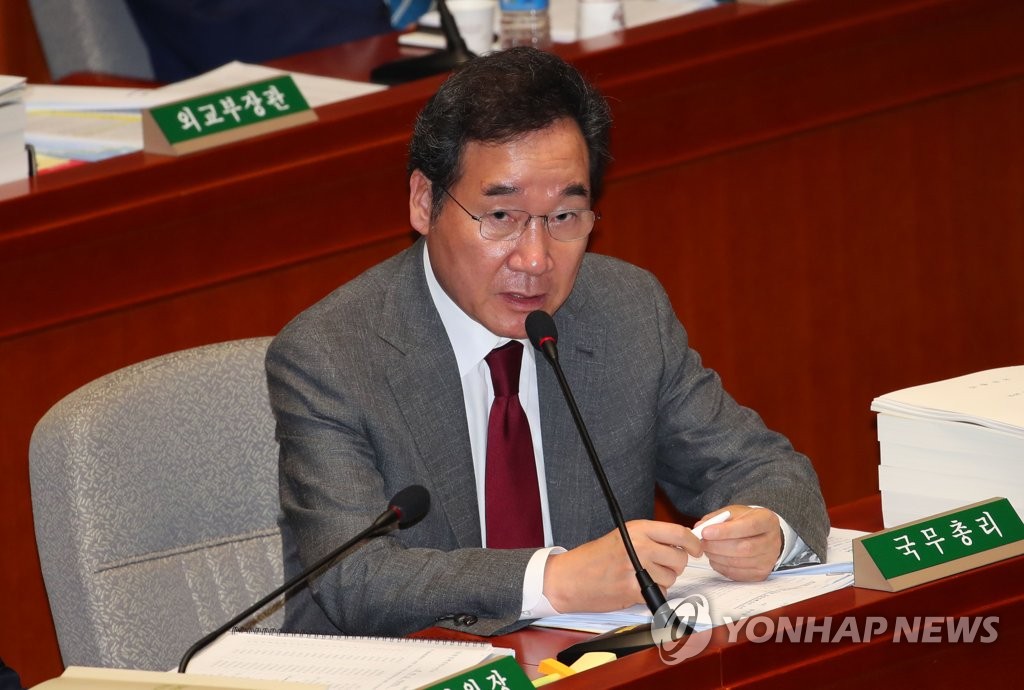