Imagine yourself in the shoes of Son Ho-young or Moon Chan-jong, two former minor league players who were selected in the draft for the Korea Baseball Organization (KBO) on Monday. They spent some time away from organized baseball after getting cut by their U.S. clubs. Now they have a chance to resume their professional careers at home in their mid- to late-20s.

Would you care which position you were be asked to play? These two don't. 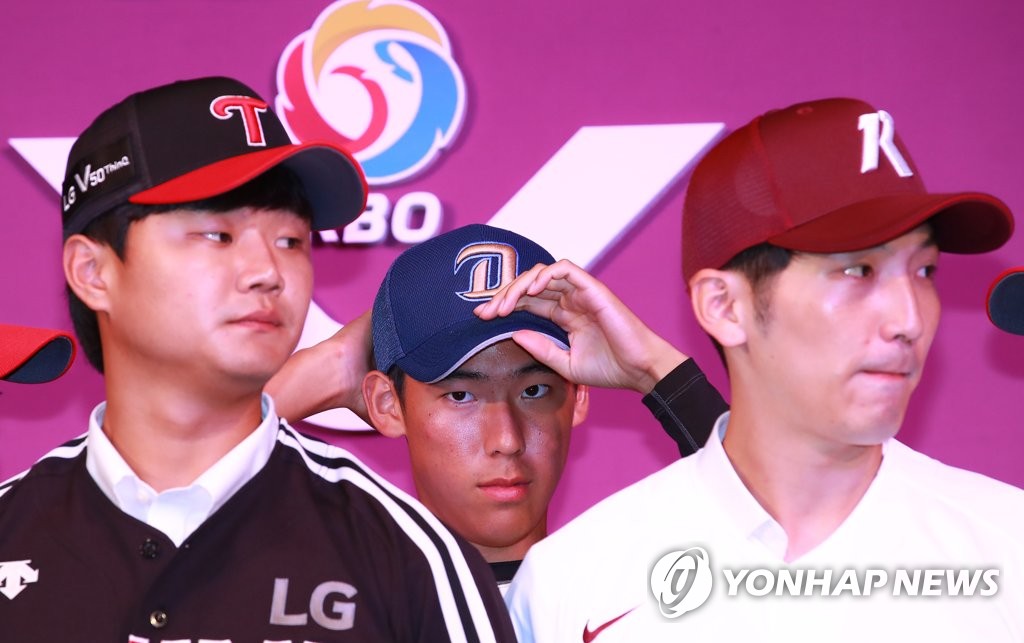 "As long as I get to play baseball, I'd play anywhere on the field," said Son, ex-Chicago Cubs prospect who was picked 23rd overall by the LG Twins. "I'd feel comfortable at shortstop and third base, but I don't really care."

Son played second base, shortstop and third base in rookie ball and Single-A, and even dabbled at pitching. But the 25-year-old said he'd rather be on the field than on the mound. He slashed .238/.310/.295 with 17 RBIs and 16 steals in 69 minor league games.

"I am most confident in my arm and baserunning," he said. "I'd also like to hit well. Whatever the team asks me to do, I'll do it."

He went to Kiwoom Heroes with the 57th pick in Monday's draft. They already have an All-Star shortstop in Kim Ha-seong, who's four years younger than Moon. With the path to shortstop blocked for the time being, Moon said, "I am confident I can play both second base and shortstop, but I'll go along with whatever the team wants me to do."

Son and Moon took vastly different paths to the KBO. Son dropped out of a South Korean college in 2013 and signed a minor league deal with the Cubs the next year. He got released before the 2017 season, and returned home to complete his mandatory military service and later play independent ball.

Moon was on a more traditional developmental route. He signed with the Astros out of high school in 2009 but never got past Triple-A. He was cut loose in 2016 without having reached the big show.

Son said he regretted having quit his collegiate career, admitting that it was a rash decision on his part. But he also claimed he didn't have any other choice at the time.

"I gained a lot from that experience, not just baseball-wise," Son said. "I learned how to be more independent."

Moon, 28, said the seven years he spent overseas weren't always fun, and he was most looking forward to playing with teammates who speak the same language.

"I could speak English, but not well enough to really convey my feelings," he said. "I feel like I am finally home after all those years"

Moon admitted that he grew more anxious with each passing pick in the draft, until the Heroes called his name with the 57th selection. He didn't think the Heroes, a team already with a wealth of young talent, would have an interest in him because of his age. 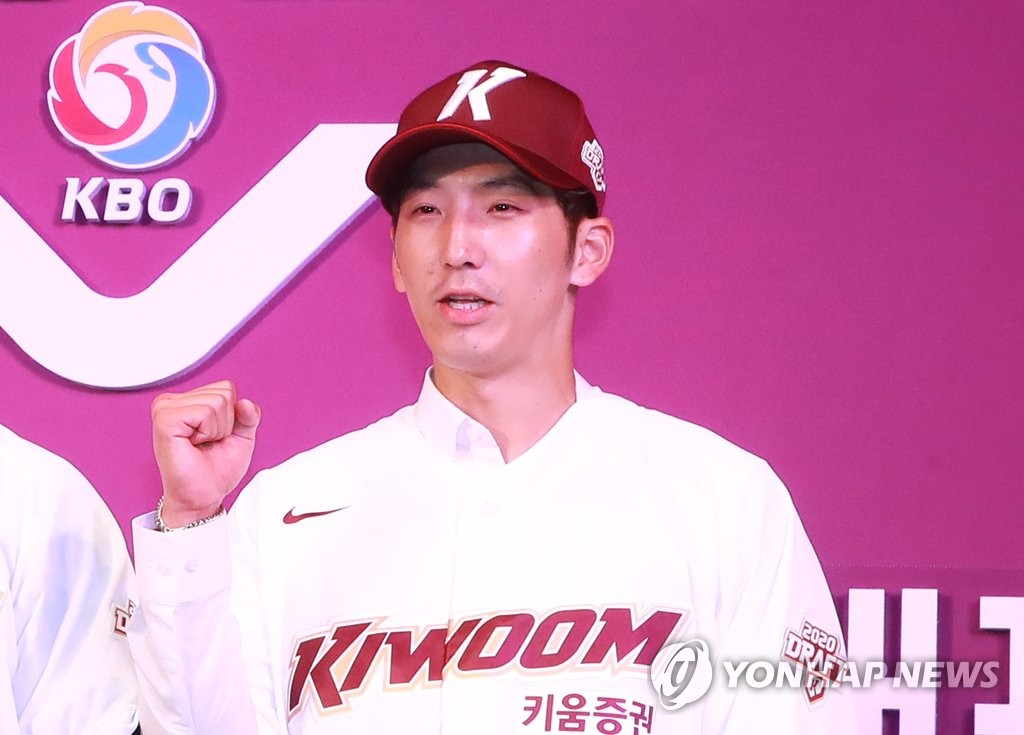 "I am old for a rookie, and I'll make sure I don't fall behind other first-year players," he said.

Moon, whose time in the minors overlapped with careers of those two, said he has been following them closely. He has been in touch with Lee, who offered Moon words of encouragement ahead of the draft.

Moon added he was inspired by watching those ex-minor leaguers on television.

"I felt so happy for them whenever I saw them do well," Moon said. "And at the same time, I also thought to myself, 'I want to be out there, too. I can make those plays.'"

Moon will have his chance to do just that -- no matter what position he ends up in.