The 2019 Chungju World Martial Arts Masterships Organizing Committee said it has received registration from a total of 3,143 participants from 107 countries -- 2,428 athletes in 20 martial arts and 715 officials -- as of Monday ahead of the opening of the event in Chungju of North Chungcheong Province, about 150 kilometers southeast of Seoul, on Friday.

Dubbed the Martial Arts Olympics, the South Korean government-approved championships will continue through Sept. 6 at nine venues in Chungju, including Chungju Gymnasium, under the slogan "Beyond the Times, Bridge the World." 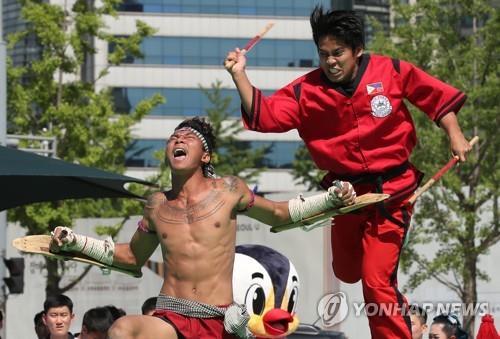 Judo has the largest number of top-notch participating athletes with 100, followed by 36 in ju-jitsu, 32 in taekwondo, 30 in wushu, 27 in kurash, 26 in muaythai, 15 in taekkyeon, 13 each in savate, kabaddi and ssireum, 12 each in belt wrestling and pencak silat, 10 in aikido, nine in tong-il moo-do, eight in sambo, seven in Korean hapkido and six in yongmudo.

As athlete registration is still under way in taekwondo and other martial arts, the final number of outstanding athletes to show up in Chungju is expected to grow further.

"Previously, the number of top-notch competitors was expected to reach around 100, but the size has more than tripled," an official at the organizing committee said.

The Chungju masterships is the second competition to be held in the central South Korean province, after the first competition was hosted by Cheongju, the capital of the province, about 140 km south of Seoul, in August 2016. The World Martial Arts Masterships Committee aims to develop the martial arts competition into a global festival on par with the Olympics and solidify North Chungcheong Province's brand as a mecca of martial arts. 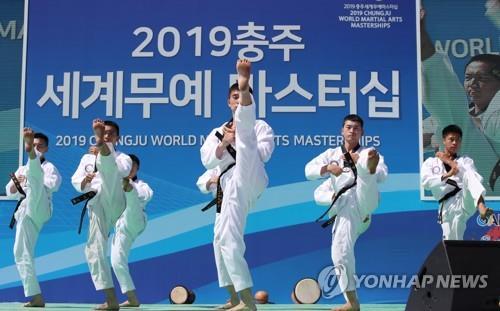 In kurash, a traditional wrestling form that originated in Uzbekistan, 12 world-renowned athletes will compete, including Mirmanis Iliadis of Greece who won the European championships from 2017 to 2019, Kanazar Nazarov of Tajikistan and Iranian Ali Akbari, who won the 2018 Asian Games gold medal in Indonesia.

In the category of savate, a French combat sport that uses the hands and feet as weapons, combining elements of English boxing with graceful kicking techniques, top-class practitioners Mohamed Diaby of Mali and Maria Musa of Algeria will be competing.

In sambo, a Russian combat sport, the top-ranked Laure Fournier of France will compete, while Amal Amjahid of Belgium, ranked No. 1 in the world for ju-jitsu, is expected to compete. Sung Ki-ra, a South Korea ju-jitsu athlete, who won the gold medal in the Jakarta-Palembang 2018 Asian Games, will again compete for a medal in Chungju. 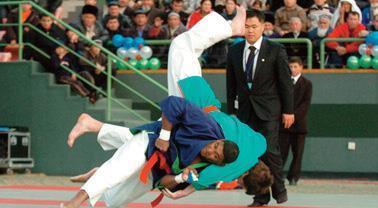 A ranking point system, which has been applied to the Olympics, the world championships and the Asian Games, will be used for the martial arts event's nine categories, including taekwondo, ju-jitsu, muay thai, savate and pencak silat. The system will be applied to the taekwondo poomsae event for the first time, and the team winners of taekwondo kyorugi, a type of full-contact sparring, will earn an automatic berth in the 2020 Tokyo Olympics.

The organizing committee has adopted the system of a video review for the competition, or video assistant referee, hoping instant replay of all programs will elevate the level of fairness.

Lee Jae-young, secretary general of the organizing committee, said, "We will make all possible preparations to ensure that the world's top-notch martial artists will be able to fully display their abilities at the 2019 Chungju World Martial Arts Masterships." 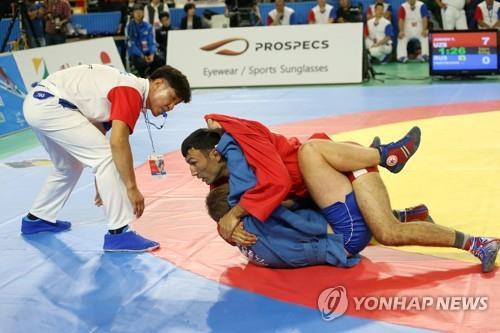 Over 2,400 athletes, including 369 elites, to compete in Chungju martial arts event

Over 2,400 athletes, including 369 elites, to compete in Chungju martial arts event