SEOUL, Aug. 27 (Yonhap) -- An intensifying trade feud with Japan is pushing South Korean companies to look beyond their longtime business partners and enhance self-sufficiency on concerns that Tokyo's stronger export controls could choke off their supply chains.

High-tech parts and materials have been unsung heroes behind the latest smartphones and televisions made by Korean tech giants, and it was only recently the government and industry officials brought their role to the forefront in the wake of shaky trade relations with Japan.

Since early July, Japan has imposed tighter regulations on exports to South Korea of three materials -- resist, etching gas and fluorinated polyimide -- that are critical for making chips and displays.

Japan is also set to further apply stringent export screening on over 1,100 critical items, beginning Wednesday, as it removed South Korea from its "whitelist" of trusted trading partners. 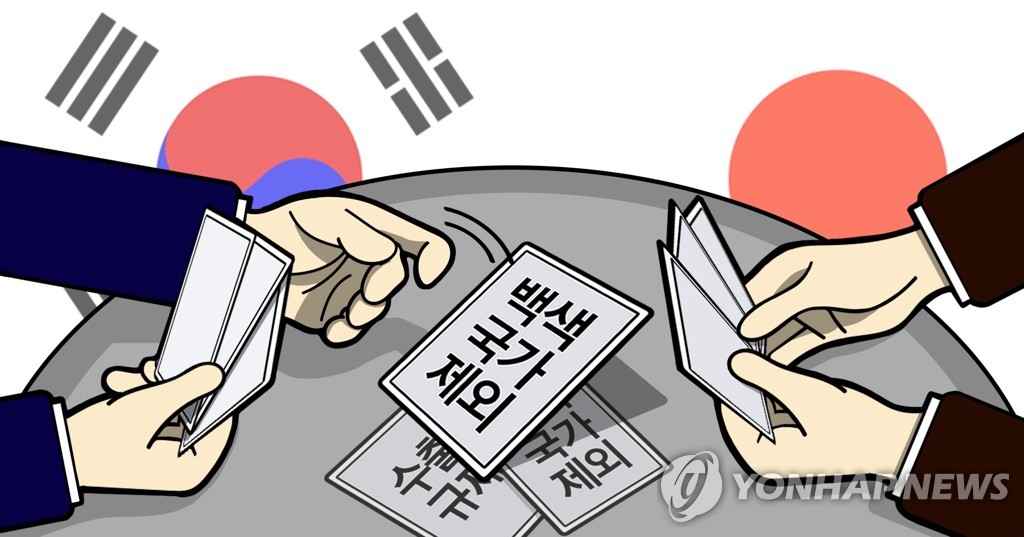 In a tit-for-tat move, Seoul began a process to end simplified export procedures for Tokyo and announced a decision to scrap a military intelligence-sharing pact with Japan despite strong opposition by the United States.

As the two Asian neighbors are unlikely to patch up their frayed ties in the near future, the Seoul government vowed a series of measures to minimize any possible fallout from the trade row and develop the local parts and parts materials industry as part of long-term strategy.

"From an economic perspective, difficulties and uncertainty may not be easily cleared away, depending on how Japan reacts" to the decision to terminate the military pact, Finance Minister Hong Nam-ki said last week. "It's difficult to predict how things will play out."

South Korea's government said it will inject more than 2 trillion won (US$1.6 billion) next year into local industries help them deal with Japan's stringent export controls and the ripple effects.

In a gesture to boost patriotism, President Moon Jae-in on Monday visited a local bank to subscribe to an equity fund that invests in local parts and materials makers.

While it takes time to develop competitive materials and parts, Korean chip and display makers have been testing non-Japanese materials and searching for new suppliers in China, Taiwan and at home to diversify its supply chain.

Samsung Electronics Co., the world's leading chip and smartphone maker, has secured emergency stockpiles of three key materials needed for chips and displays for now, but continuing uncertainty poses a major headache for its business strategy.

The Japanese government has authorized two shipments of photoresist, six months' worth of supplies, under its export restrictions to Samsung Electronics Co. since the July 4 measure, but hasn't approved exports of two other materials -- etching gas and fluorinated polyimide -- according to industry sources familiar with the issue.

"We are carefully monitoring the latest situations on trade and diplomatic issues with Japan, but can't predict how things will unfurl," a senior Samsung official said, asking not to be named. "It is hard to set a long-term business plan with rising uncertainties from the trade front." 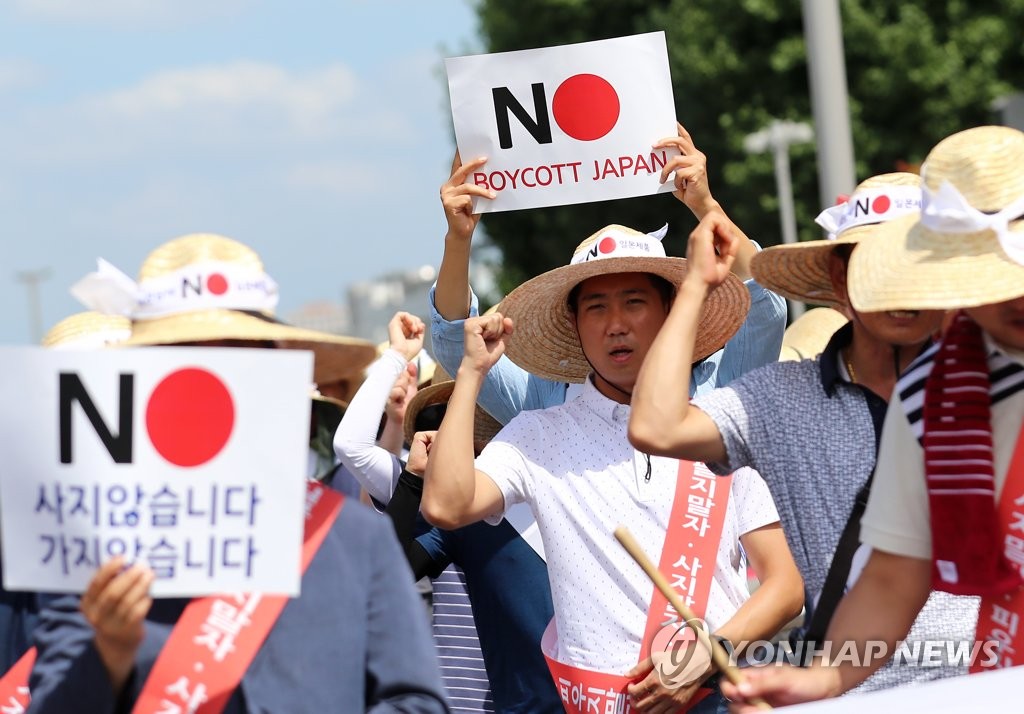 Industry watchers say parts and equipment for semiconductor, display, general engineering and fine chemistry, which are heavily dependent on Japan and lack readily available alternatives, will be most vulnerable to Japan's new export controls depending on the scope of their adoption.

"If Japan's export controls disrupt supplies of strategic items, it will directly affect intermediate goods and have ripple effect in end-use industries that use them," Lee Jun, a senior researcher at the state-run Korea Institute for Industrial Economics & Trade (KIET), said during a seminar early this week.

Some said Japan's export control was not bad for all as it has been a wake-up call for the government and local industry to make concerted efforts to craft a long-term roadmap to strengthen the local tech supply chain.

"The domestic parts and material industry is heavily focused on the semiconductor sector, while lagging far behind in chemical and precision components," said Yoo Hwan-ik, a researcher at Korea Economic Research Institute (KERI), a private think tank. "The government should come up with long-term R&D plan and ease stringent regulations on the chemical industry to improve their competitiveness."

Although Japan's whitelist decision does not ban the affected items, which range from chemicals to machinery, it is adding to the woes of Korean companies that are already grappling with uncertainties from the drawn-out trade war between the United States and China.