Moon moved from one office building to another inside the presidential compound in the Nexo crossover SUV, produced by Hyundai Motor, according to Cheong Wa Dae.

Moon chose it as a presidential car in a demonstration of his resolve to do his best for the growth of the hydrogen economy and efforts to tackle fine dust air pollution, Cheong Wa Dae said.

"(His decision) shows that hydrogen economy is part of our life, not a distant future," it added. 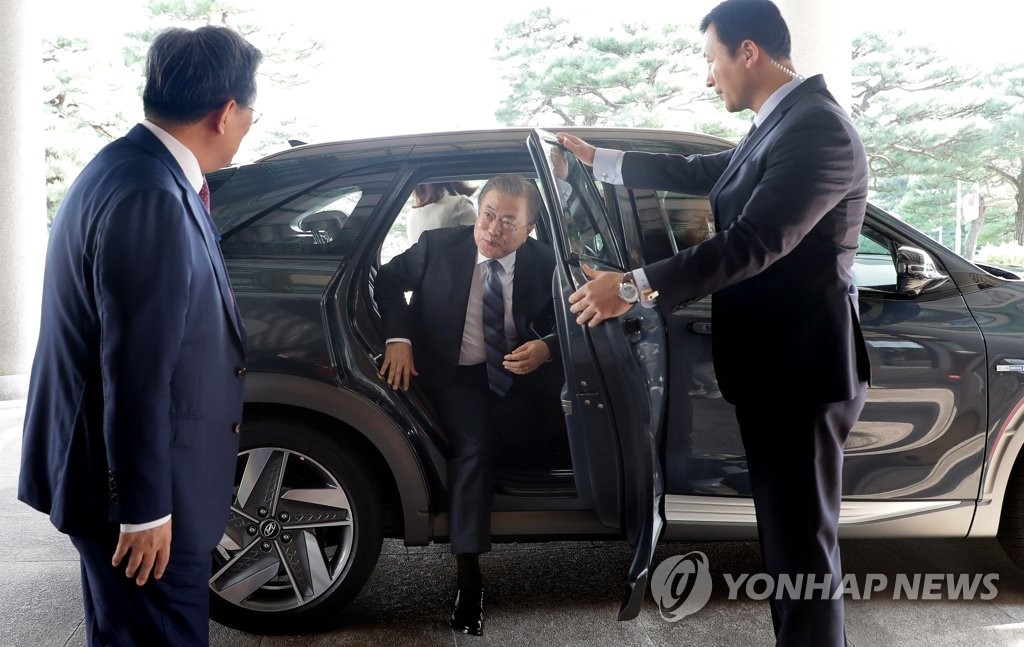 Moon also said he has "high expectations over the change to our daily life and economic effects that hydrogen cars will bring," his spokesperson, Ko Min-jung, told reporters.

It marked the president's third ride in a hydrogen-powered car since the first one in Pangyo, Gyeonggi Province, in February last year and in Paris half a year later.

Moon plans to use the car in commuting to and from his official residence and other routine schedules inside the compound. He will later expand the scope of usage in stages.

Moon's office purchased a total of seven Nexo cars last year, including five for use by the presidential security service.

His administration has campaigned to promote hydrogen economy as one of South Korea's future growth engines.

Only 170 hydrogen vehicles were marketed in South Korea in late 2017. But the number is expected to rise to 6,400 by this year's end.

The government aims to make 2.9 million hydrogen cars available and set up 1,200 charging stations across the nation by 2040. It plans to earmark more than around 500 billion won (US$41.2 million) of budgetary funds for hydrogen economy projects in 2020. 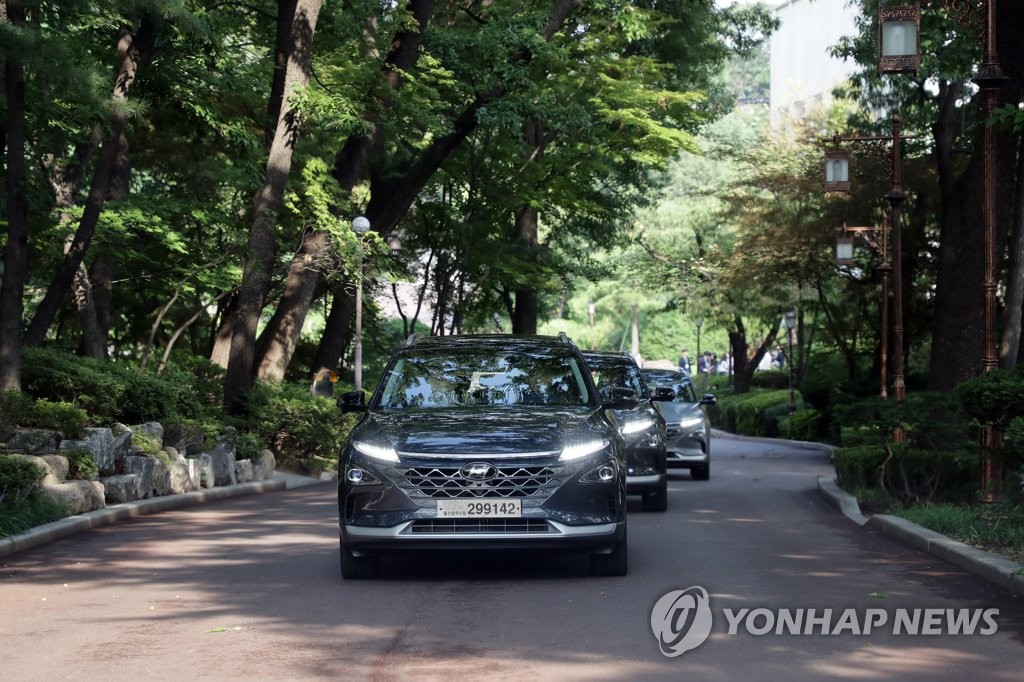