During a news conference after the conclusion of a Group of Seven summit in France, Abe claimed that South Korea's decision last week to terminate a military intelligence-sharing pact with Japan damages trust between the two countries.

Abe also accused Seoul of failing to keep promises under the 1965 pact that normalized relations between the two countries. The accord came to the fore after South Korea's Supreme Court rulings last year ordering Japanese firms to compensate forced labor victims during Japan's 1910-45 colonial rule of Korea.

But Japan claims all reparation issues related to the colonial rule were settled under the pact.

"We can never accept such a claim. It is Japan who has continued to take unilateral economic retaliation that outrightly runs counter to WTO (World Trade Organization) regulations and the Group of 20 summit declaration it adopted as the chair," South Korea's foreign ministry spokesman Kim In-chul said at a regular briefing.

Seoul-Tokyo relations have fallen to the lowest point, with Japan removing South Korea from a list of countries given preferential trade status in apparent protest against South Korean Supreme Court's rulings on forced labor.

On Thursday, Korea hit back at Japan with its decision to end the General Security of Military Information Agreement (GSOMIA) in its strongest reaction yet to what it sees as Japan's retribution against the court rulings.

Regarding the trade list, Kim said the government has made it clear that the measure is "not fair" and that it will "continue to urge Japan for its withdrawal and call to resolve the matter diplomatically."

The new bill removing Korea off its "whitelist" is due to officially take effect Wednesday. Japan has said the removal will be implemented as planned.

In a separate statement, the foreign ministry criticized Japanese Foreign Minister Taro Kono's remarks earlier in the day that South Korea needs to know that it would be impossible should it seek to "rewrite history."

Seoul and Tokyo have been caught in a rancorous row over the long-simmering issue of wartime forced labor, which stems from the colonial rule.

"(We) raise questions over whether a high-level Japanese diplomatic official, who made such remarks, properly faces the dark history that inflicted serious pains on various Asian countries, including South Korea, and their citizens," the ministry said in a text message sent to reporters.

"We would like to point out that an attempt to deny and rewrite such a dark, unfortunate history will never succeed," it added. 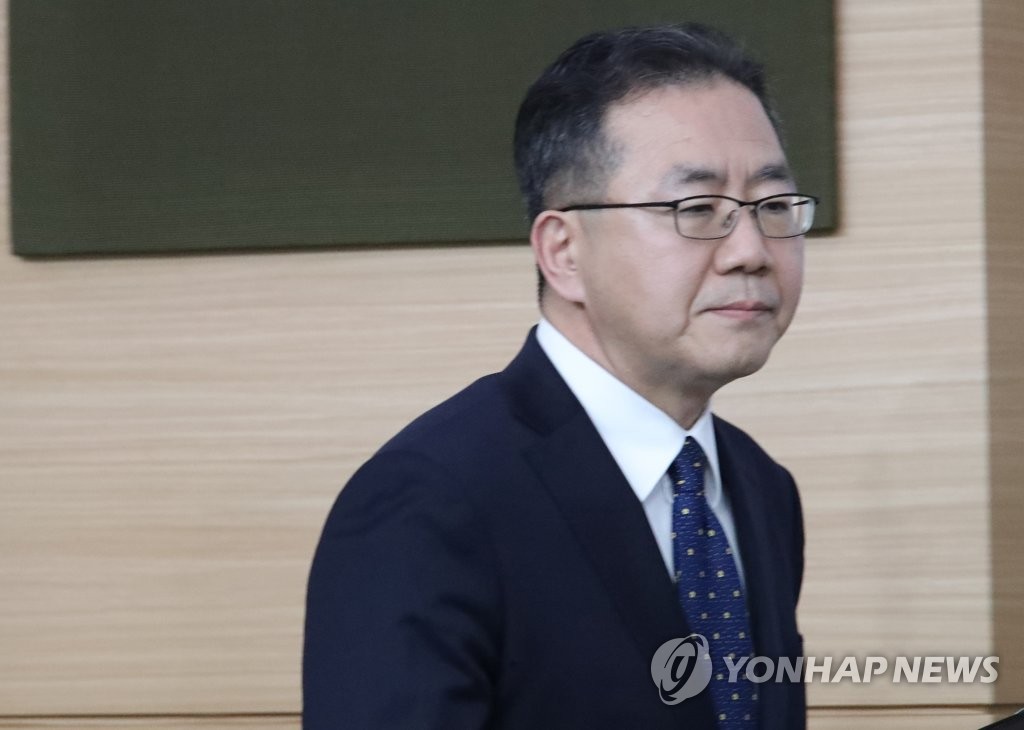