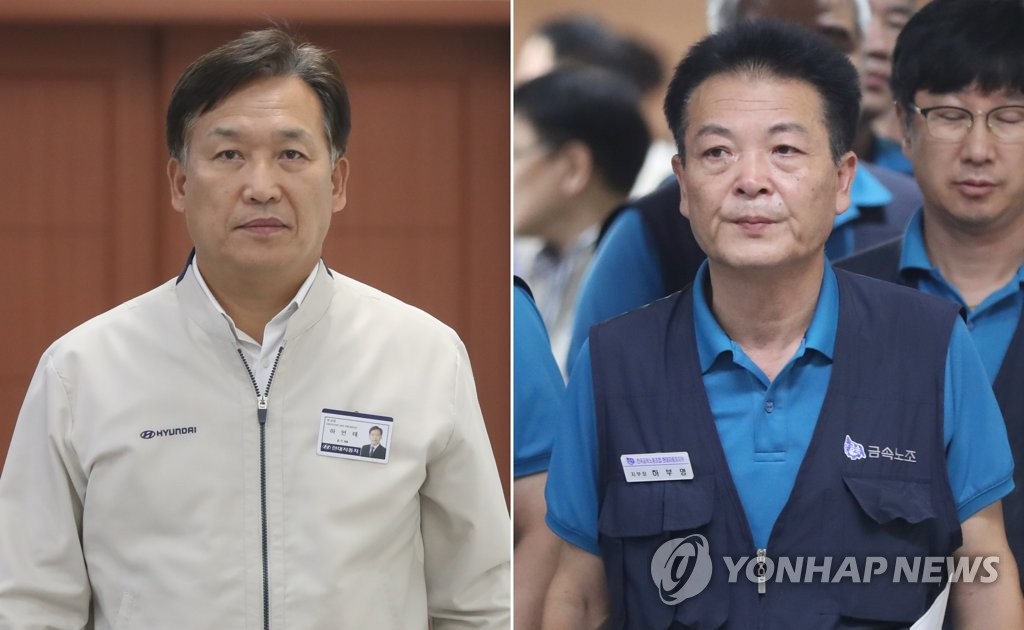 "The union has decided to accept the company's revised proposals as uncertainties in business environments grow further due to uncertain political and economic situation stemming from an escalating U.S.-China trade war and Japan's restrictions on exports (of key materials) to Korea," union spokesman Hong Jae-gwan told Yonhap News Agency over the phone.

Hyundai's 50,293-member union will vote on whether to accept the revised offerings on Sept. 2, he said.

The tentative deal came as Hyundai workers have held strikes in each of the past seven years before signing a wage agreement. Hyundai's union has held an industrial action every year since its foundation in 1987 except for 2007 and 2009-2011.

In its revised offerings, Hyundai Motor proposed an increase of 1.7 percent, or 40,000 won (US$33), in basic monthly salary, 1 1/2 months of wages plus 3 million won in performance-based pay and a cash bonus of between 2.2 million and 6.2 million won per person, depending on working years, the company said in a statement.

Analysts expected Hyundai workers will approve the company's revised offerings in next week's vote as they recognize strikes amid growing market uncertainties could deal a heavy blow to the carmaker's bottom line.

"No major delay is expected in the planned delivery of popular models, such as the Palisade SUV, as concerns of production losses driven by possible strikes are now lifted. It will help drive up sales in the second half," Kim Joon-sung, an analyst at Meritz Securities Co., said.

Hyundai balked at the demands, citing challenges ahead such as the trade battle between the world's two biggest economies and Japan's export curbs.

The company reported a net profit of 1.95 trillion won in the January-June period, up 27 percent from 1.54 trillion won a year earlier, helped by a weak won and robust sales of new models like the Palisade sport-utility vehicle.