SEOUL, Aug. 28 (Yonhap) -- South Korea on Wednesday expressed "deep regret" over Japan's official removal of it from a list of favored trade partners and called for an immediate retraction of the latest export restriction. 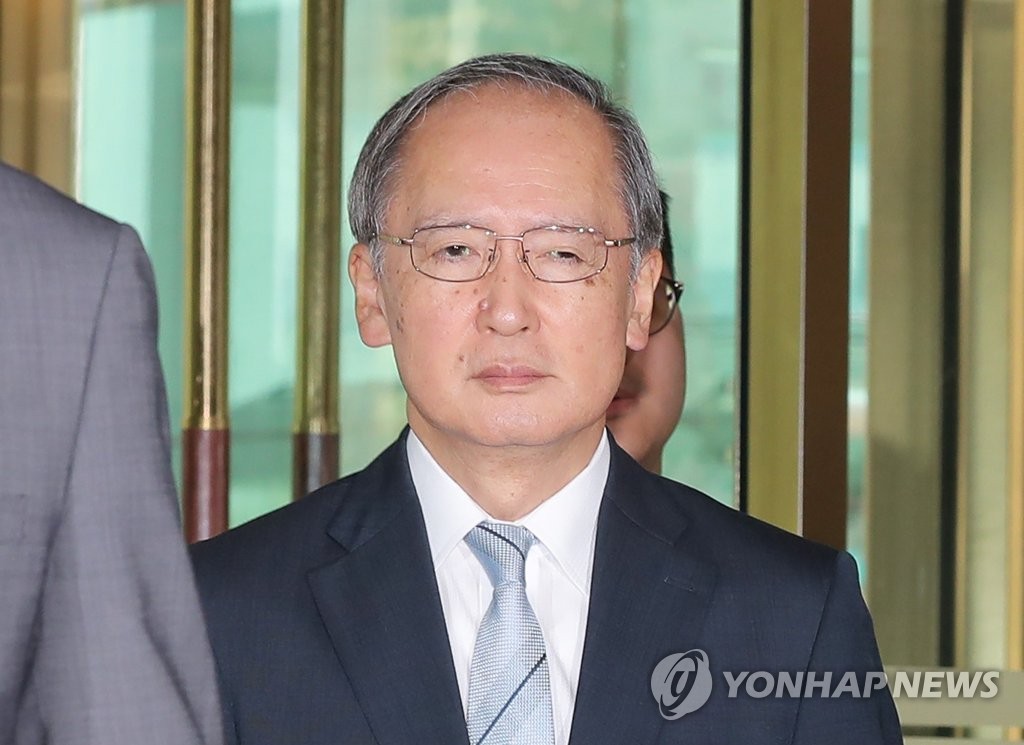 Tokyo put into force its decision to drop South Korea from the "whitelist" despite Seoul's repeated calls for a diplomatic solution and warnings that the export curbs would undermine principles of free trade, disturb international supply chains and negatively affect the global economy.

"Our government expresses deep regret and a strong protest over the exclusion of our country from the whitelist, and urges (Japan) to immediately retract (the measure)," Kim In-chul, the ministry's spokesman, said in a statement.

"Japan's measure is not as part of a review of its export management and operation, but a clearly retaliatory trade measure for the rulings over forced labor and a significant challenge that shakes the foundation of long-standing friendly and cooperative ties between South Korea and Japan," he added.

During his talks with the top Japanese envoy, Cho delivered the same message.

"Vice Foreign Minister Cho expressed deep concerns over Japan's implementation of the measure although our government called continuously for the immediate cancellation of it and for joint efforts to find a diplomatic resolution," the ministry said in a separate press release.

"(Cho) strongly urged Japan to come out for dialogue and consultations between the two countries with a serious attitude so as to explore a reasonable solution to the issue," it added.

South Korea was among the 27 countries on Japan's whitelist that do not need to go through tough screenings in importing more than 1,100 "strategic items" that could potentially be diverted for military use.

The delisting is in addition to Japan's enforcement in July of tougher restrictions on exports to South Korea of three high-tech materials -- resist, etching gas and fluorinated polyimide -- which are key to the production of semiconductors and displays.

Tokyo has portrayed the trade restrictions as part of its legitimate export regime management, rejecting Seoul's claims that they were a tit-for-tat move for the Supreme Court rulings that ordered Japanese firms to compensate victims of forced labor during Japan's 1910-45 colonial rule.

The court has recognized victims' individual rights to claim damages, but Tokyo argues that all reparation issues stemming from its colonial occupation of the peninsula were settled under a 1965 state-to-state treaty aimed at normalizing bilateral relations.

Last week, Seoul announced its decision to end the pact, called the General Security of Military Information Agreement (GSOMIA), seen as a rare symbol of security collaboration between the two countries.

The continued friction between Seoul and Tokyo has put Washington, their mutual ally, in a difficult position, as the U.S. has been seeking to tighten its regional alliance network to better cope with an increasingly assertive China and military threats from North Korea.

"It is regrettable that politically motivated export control measures have recently been taken against my country by a neighbor in a unilateral and arbitrary manner," Lim Sang-beom, director-general of the ministry's Nonproliferation and Nuclear Affairs bureau, who headed the delegation, said in a keynote speech at a conference of the Arms Trade Treaty (ATT) on Tuesday (Geneva time).

"This is a bad precedent misusing the rationale of export control for imposing trade-restrictive measures ... We believe such measures should be withdrawn immediately and relevant matters should be addressed through candid consultations between the two countries," he said.