The country's biggest auto parts maker plans to invest 300 billion won (US$247 million) in the factory to manufacture all-electric car components, including battery systems, that can be assembled into 100,000 cars a year in the city, 414 kilometers southeast of Seoul,

It will be the firm's second plant in South Korea to produce such high-tech materials following the one in Chungju, 150 km south of Seoul.

Hyundai Mobis, a sister company of Hyundai Motor, aims to begin mass production at the facilities in the first half of 2021. 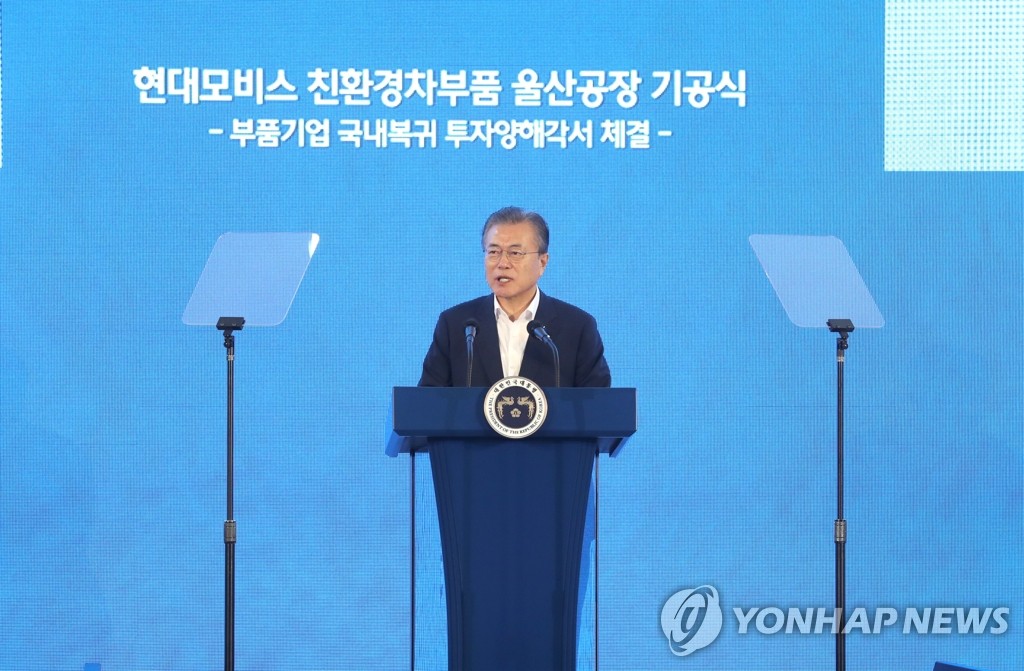 It said in a statement it would "continue to invest in next-generation vehicle technologies and related manufacturing facilities to preemptively respond to rising demand for autonomous and electrified vehicles despite growing uncertainties in business environments."

Attending the groundbreaking ceremony, Moon noted that Mobis has put the brakes on investment abroad and made a "U-turn" to South Korea.

He described it as a "fruit" of the government's campaign to offer tax incentives and other benefits to local businesses moving facilities back home under a related law introduced in 2013.

"In the face of the fourth industrial revolution era, in which technology means competitiveness, encouraging U-turn investments is very important for South Korea to leap to become the world's top four manufacturing powerhouse," he said in a speech during the event.

South Korea should, Moon stressed, do its best to defend its economy for itself at a time when "free and fair trade systems are shaken and trade retaliation with a political purpose occurs."

While he did not directly mention Japan by name, he was apparently referring to its export restrictions against South Korea.

Tokyo's measure to drop Seoul from the "whitelist" of favored trade partners formally took effect earlier in the day.

"In difficult times, promising companies' U-turns to South Korea give hope to our economy," Moon said. "Going forward as well, the government will not spare support for businesses making investments to return home." 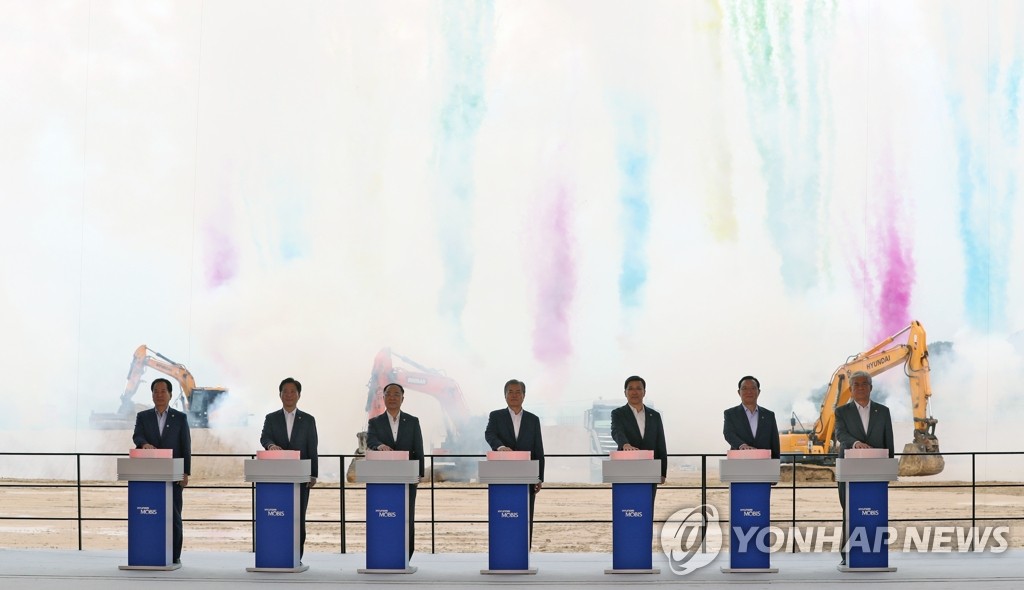 In a bid to enhance global competitiveness in the burgeoning future vehicle markets, meanwhile, Hyundai Mobis plans to spend a total of 4 trillion won, including the latest investment, over the next three years, a company spokesman said. 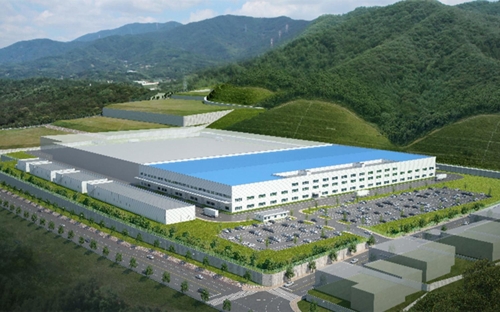 Its Chungju facility has a capacity of producing parts that can be used for 400,000 eco-friendly vehicles per year, such as hydrogen fuel-cell electric, all-electric and other less-emitting cars, he added.