On a second thought, you may look now. Park has already moved past everyone to take the lead in home runs in South Korean baseball.

The Kiwoom Heroes slugger exploded for four home runs on Wednesday against the Hanwha Eagles. He homered in three consecutive plate appearances, and added his fourth of the night in his fifth and final plate appearance, a moon shot that went out of Cheongju Stadium in Cheongju, about 140 kilometers south of Seoul. 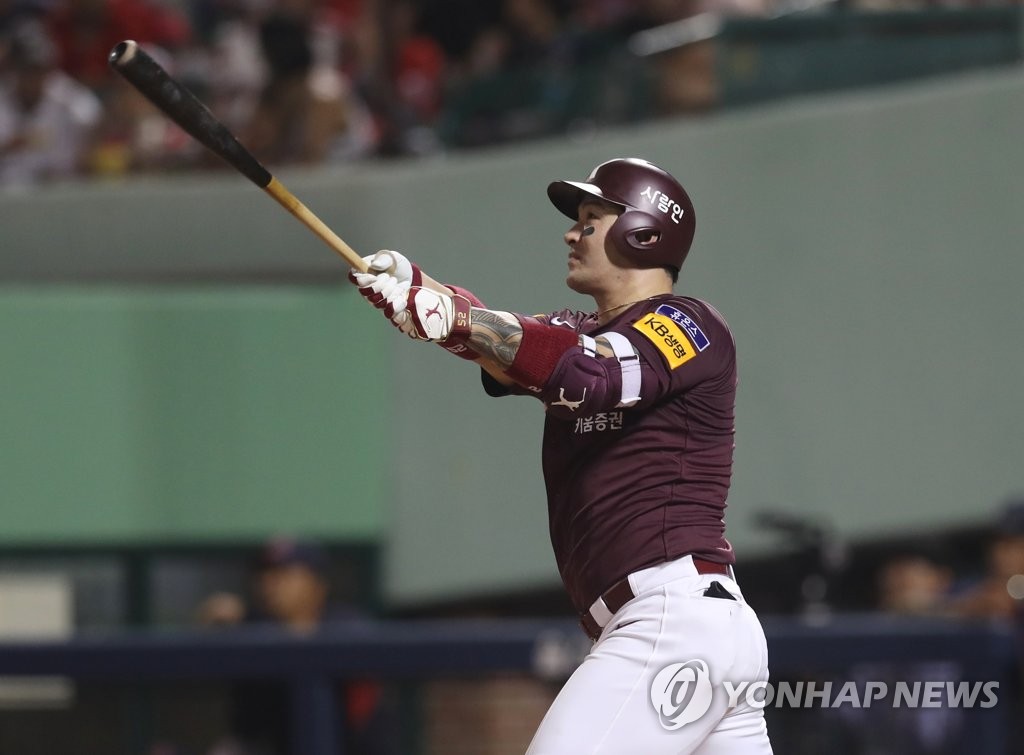 The memorable night, only the sixth four-homer game in the 37-year Korea Baseball Organization (KBO) history, gave Park a league-high 28 home runs, two ahead of teammate Jerry Sands. Park is the only KBO player ever to have hit four home runs in a game twice.

With other sluggers having gone relatively quiet in August, Park has caught fire. He's launched 10 dingers so far this month, double the total by Sands. Choi Jeong and Jamie Romak, two SK Wyverns sluggers, have hit just two and one, respectively, in August. Choi is stuck at 24 for the year, one ahead of Romak.

Unlike in Major League Baseball (MLB), where reportedly juiced balls are leaving ballparks at a record pace, home runs have been harder to come by in the KBO, following the introduction of a new, larger and heavier ball.

Only about two weeks ago, the league was on pace to see its least productive home run king in 13 years, with no player likely to reach 40 homers. Getting to 30 also seemed like a challenge, though Park now sits just two away from that plateau with 20 games left this season.

Park won four consecutive home run titles from 2012 to 2015, the longest such streak in the league history, before signing with the Minnesota Twins. Park returned home for the 2018 season and finished second with 43 homers, one behind the leader, Kim Jae-hwan of the Doosan Bears. 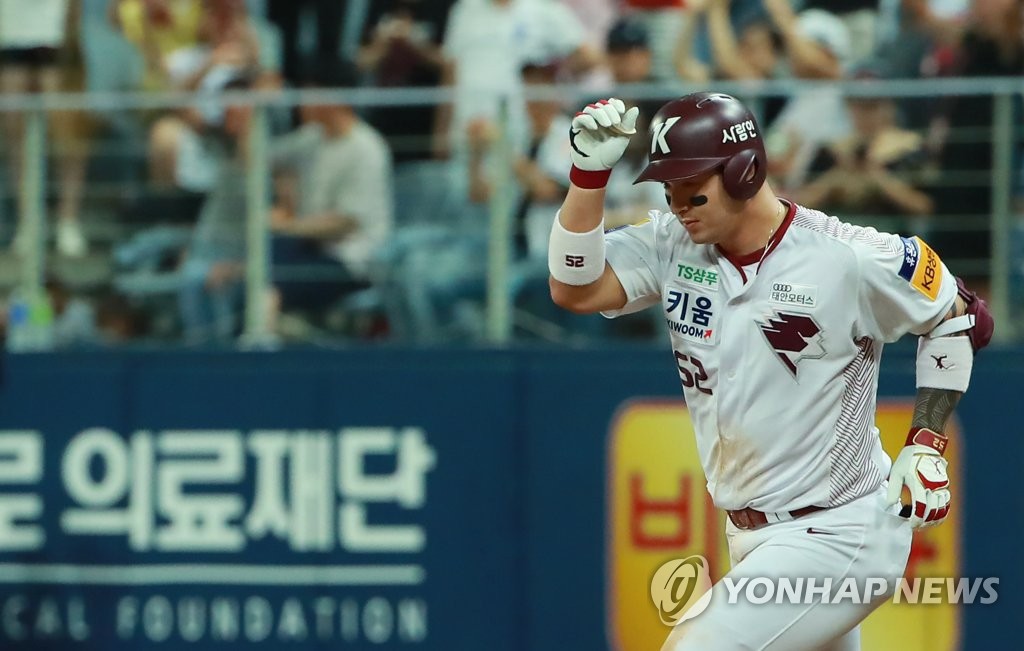 Park is a 33-year-old late bloomer who didn't start playing regularly until his age-26 season. He has 281 home runs and unless the KBO reverts back to the old ball, Park will be hard pressed to challenge Lee's mark.

But after one spectacular game at the plate, Park has a chance to break a tie with Lee in home run titles.

With one explosive night, slugger puts himself in position for 5th home run title

With one explosive night, slugger puts himself in position for 5th home run title