He unusually mentioned Prime Minister Shinzo Abe by name, saying he is treating South Korea like a "hostile nation."

He was referring to Abe's repeated public remarks that South Korea can't be trusted in terms of handling strategic dual-purpose materials.

It's the Japanese government that has tied a national security issue with the export control, he said. 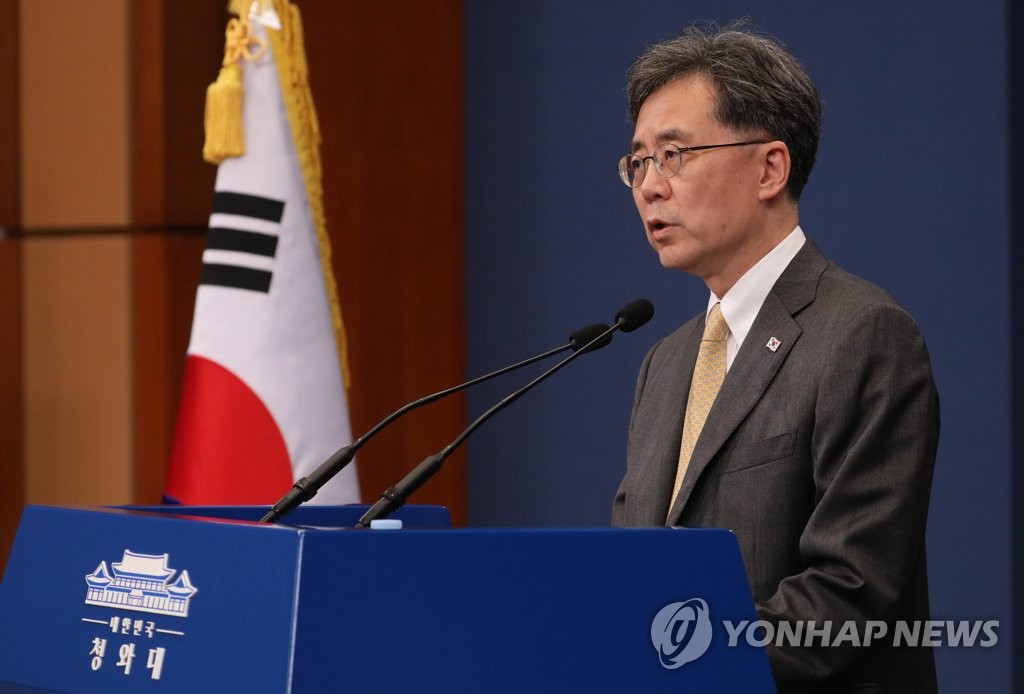 Such a move is the reason for South Korea's decision to terminate the pact with Japan on exchanging military intelligence, called the General Security of Military Information Agreement (GSOMIA), Kim said.

He reaffirmed that Seoul can reconsider the GSOMIA decision, made last week, if Tokyo retracts its trade retaliation. The agreement is to expire in late November.

A day earlier, Prime Minister Lee Nak-yon said South Korea can think again about the fate of GSOMIA if Japan removes the trade measure before its expiration.

Kim said, "I would like to emphasize that the ball has been passed into Japan's court."

He recalled Moon's message in his Aug. 15 Liberation Day speech that, "If Japan chooses the path of dialogue and cooperation, we will gladly join hands."

"(We) expect Japan to hold hands we have extended," Kim said.