SEOUL, Aug. 28 (Yonhap) -- Unionized workers at GM Korea Co. will continue to stage a strike for an increase in wages as the company balks at the union's demands, GM Korea's union said Wednesday.

The automaker's 10,000-member union plans to hold an eight-hour partial strike on Friday, a full-scale walkout from Sept. 9-10 and a four-hour industrial action on Sept. 11, a union spokesman said over the phone.

GM Korea workers held partial strikes on Tuesday and Wednesday last week at the company's three assembly plants -- two of which are in Incheon, just west of Seoul, and one in Changwon, 400 kilometers south of the capital city -- to make their demands heard.

The union demanded a 5.7 percent hike in basic monthly salary, one and a half months of wages in performance-based pay and a cash bonus worth 6.5 million won (US$5,400) per worker, which was rejected by the company.

GM Korea has said it is difficult to accept the union's requests due to worsening business environments and the fact that the company is still mired in deficits, among other reasons.

During his visit last week to the carmaker's main Incheon plant, GM International President Julian Blissett called on the union to focus on helping the company achieve competitiveness and profitability amid lower demand for GM vehicles in Korea.

The union asked the company to come to the negotiating table from Sept. 2-6 to hold talks over wages and bonuses.

The Korean unit of General Motors Co. has an output capacity of about 600,000 units. GM shut down a car assembly plant in Gunsan, 270 km south of Seoul, in May last year due to a low utilization rate.

To revive sales, GM plans to introduce 15 new vehicles to the Korean market for the five years through 2023. It launched the U.S.-made Equinox and the upgraded Chevrolet Spark minicar last year.

On Monday, the carmaker launched the midsize Colorado pickup truck in Korea and plans to introduce the Traverse SUV next month. It is also considering adding the full-size Tahoe SUV to the lineup.

In May last year, GM and the Korea Development Bank (KDB) signed a binding agreement that will permit a combined 7.7 trillion-won lifeline -- 6.9 trillion won from GM and 810 billion won from the KDB -- to keep the Korean unit afloat. GM owns a 77 percent stake in GM Korea. 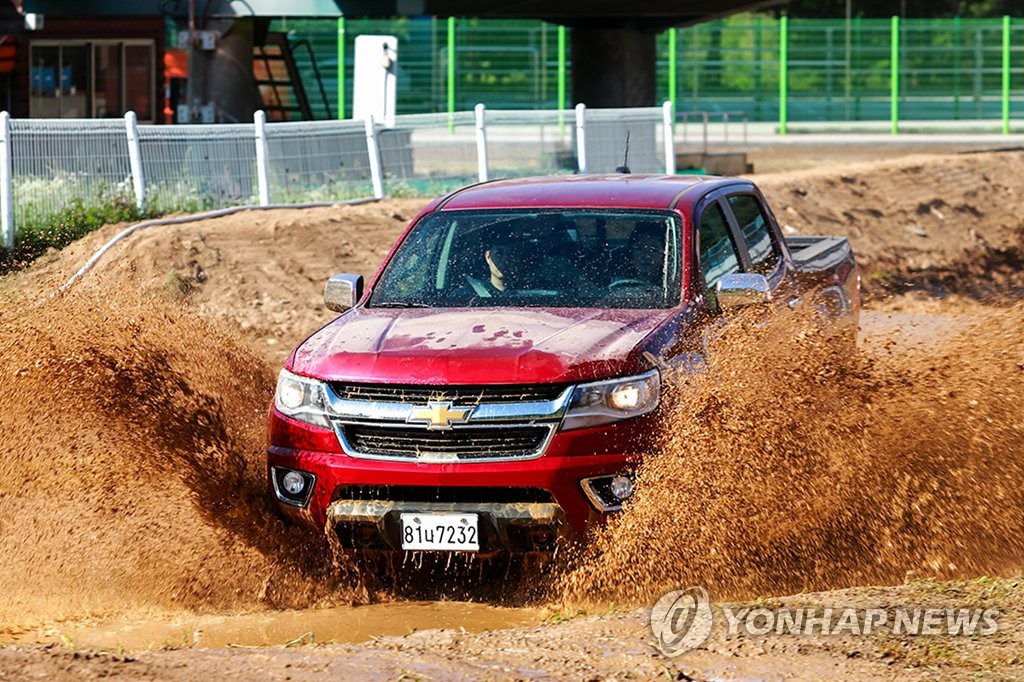