Speaking at a press conference at the Pentagon, Esper said the U.S. believes that the best way to achieve North Korea's denuclearization is through a political agreement.

"We are concerned about the short-range ballistic missile tests," he said, referring to the string of launches since late July. "We're not going to overreact. We want to take a measured response and make sure we don't close the door to diplomacy."

U.S. President Donald Trump has dismissed the tests as unimportant, saying they do not violate an agreement by North Korean leader Kim Jong-un to refrain from long-range missile or nuclear tests. 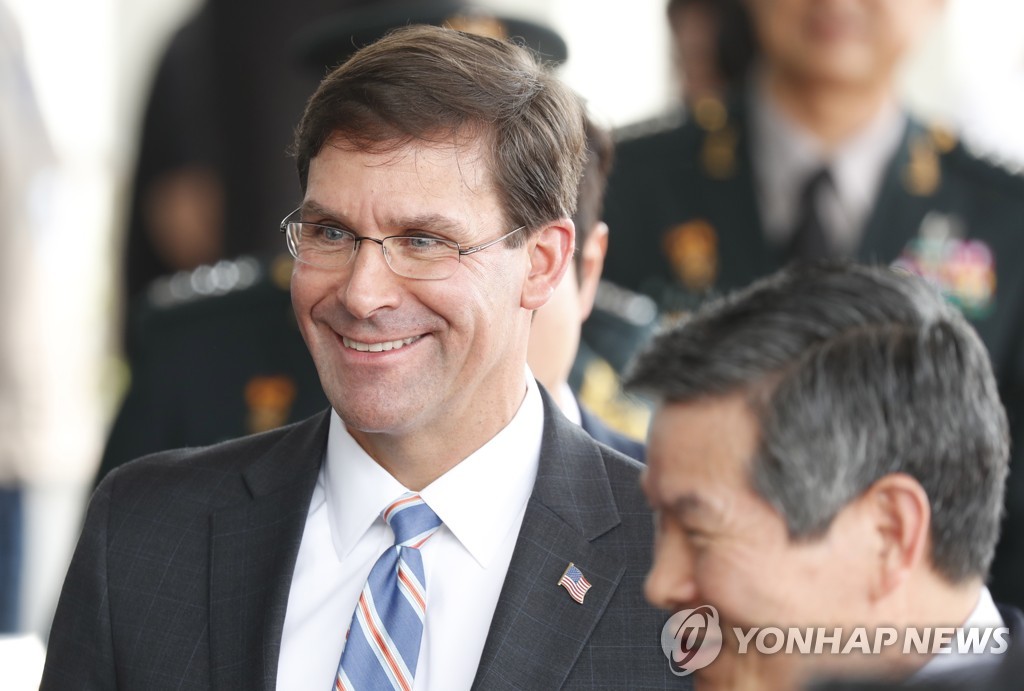