SEOUL, Aug. 29 (Yonhap) -- Retail sales in South Korea edged down in July from a year earlier due to the weak performance of offline stores, including supermarkets and department stores, data showed Thursday.

The combined sales of 26 major offline and online retailers reached 11.03 trillion won (US$9 billion) last month, down 0.1 percent from a year earlier, according to the data by the Ministry of Trade, Industry and Energy.

Sales of 13 major online stores and marketplaces advanced 8.7 percent on-year on the back of its fast delivery services, with foodstuffs and small home appliances being some of the most popular items sold through such platforms.

The ministry attributed the drop to the longer-than-expected rainy season, which weighed on demand for seasonal outdoor products and home appliances.

The boycott of Japanese products amid the growing trade tension between the two Asian neighbors also led to a decrease in sales of clothes imported from Japan, according to the ministry.

Japan has declared a trade war against South Korea since July, curbing exports of key industrial items while removing Seoul from its list of trusted trading partners.

The unexpected move has sparked a boycott of Japanese goods and a wave of protests here, calling for Tokyo's full atonement for past atrocities. 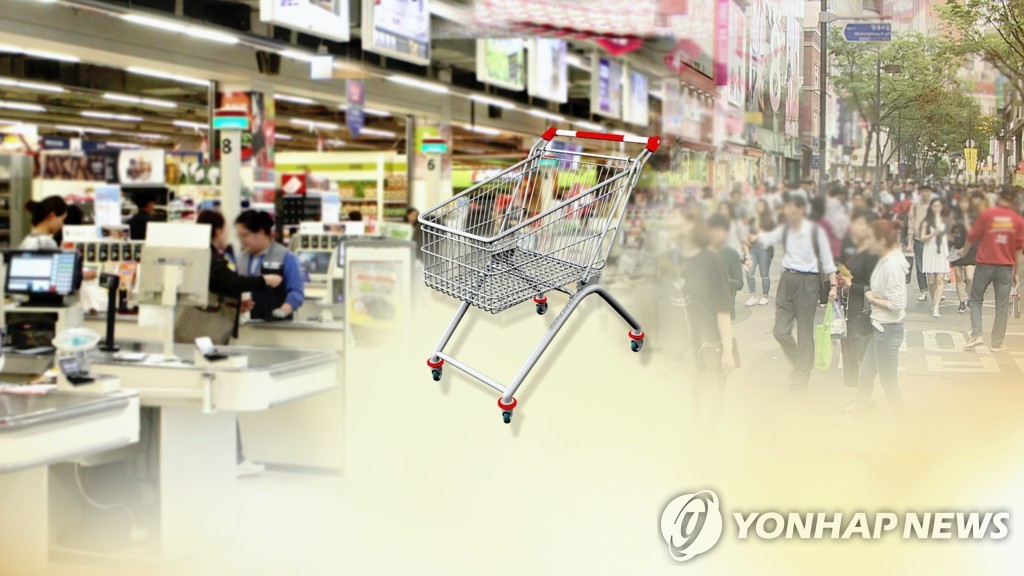 Retail sales down in July on weak performance of offline stores

Retail sales down in July on weak performance of offline stores