SEOUL, Aug. 29 (Yonhap) -- North Korea's recent weapons tests are aimed at bolstering its self-defense capacity at a time when "imperialistic behavior" infringing upon the sovereignty of other nations is spreading around the world, Pyongyang's official newspaper said Thursday.

North Korea has fired seven rounds of short-range missiles and projectiles since late July, including the latest test of what it called a new "super-large" multiple rocket launcher on Saturday.

The weapons tests are seen as intended to modernize its weapons system and also voice displeasure over a joint military exercise that South Korea and the U.S. conducted until last week, which the North has long denounced as a rehearsal of invasion.

"We are living in a world where imperialistic behavior to play with the sovereignty of other countries is getting more blatant than ever and not a few countries are forced to choose an abject fate because they have no power to defend themselves," the Rodong Sinmun, the North's official newspaper, said in an article.

"Today we are experiencing every day from the bottom of our heart how proud it is to work for self-reliance, while realizing how much prices we should pay as a result of submission to the stronger and dependence on outside powers," the paper added.

The paper called the super-large multiple rocket launcher the North tested last week a "powerful force that will protect the dignity" of its people, adding that a country can guarantee the happiness and prosperity of its people for generations only with its power.

It repeated Pyongyang's claim that the recent weapons tests are also aimed at countering "double dealing" by South Korea and the U.S. of offering to hold talks with North Korea while conducting their joint military exercise against it. 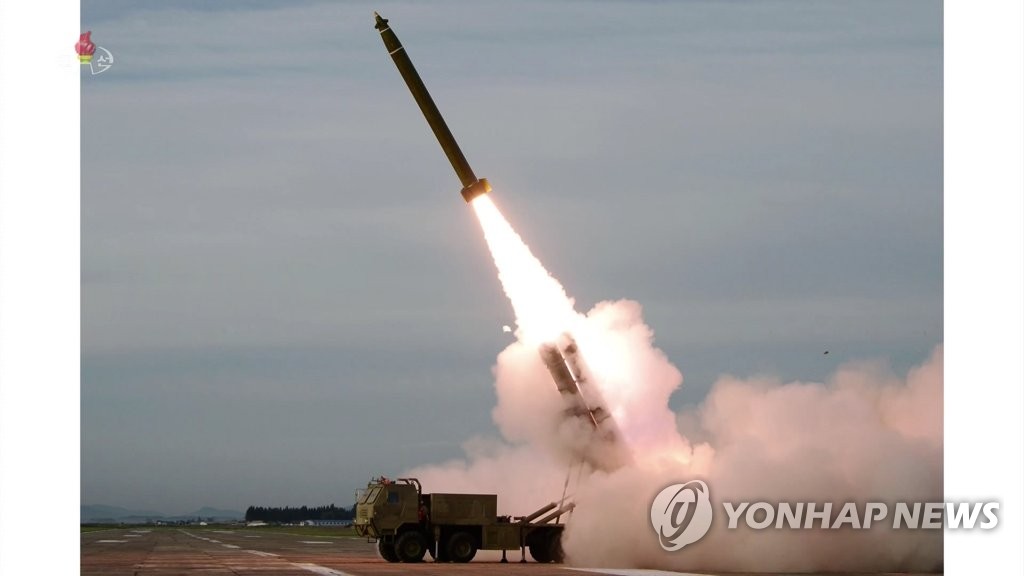