Hyundai Motor plans to add seven all-electric and 10 hydrogen fuel-cell electric models to its commercial car lineup, the company said in a statement.

The 17 zero-emission commercial models include one pure electric bus and one hydrogen-powered bus that Hyundai has supplied to the Seoul metropolitan city government for public use, a company spokesman said.

The move comes as global carmakers have been racing to go eco-friendly amid tightened regulations on emissions of greenhouse gases, which scientists say are to blame for global warming.

On Thursday, Hyundai unveiled the all-electric County bus, which is capable of traveling up to 200 kilometers on a single charge from a 128 kWh battery at the 2nd Hyundai Truck and Bus Business Fair at an exhibition hall in Goyang, just north of Seoul.

The company didn't provide how much it will invest in the development project.

The maker of the Sonata sedan and the Palisade SUV also introduced the upper midsize Pavise truck, designed to better serve customers who travel long distances, the statement said.

The Pavise is equipped with safety features that include the forward collision-avoidance assist, lane departure warning and rear parking assist system, it said. 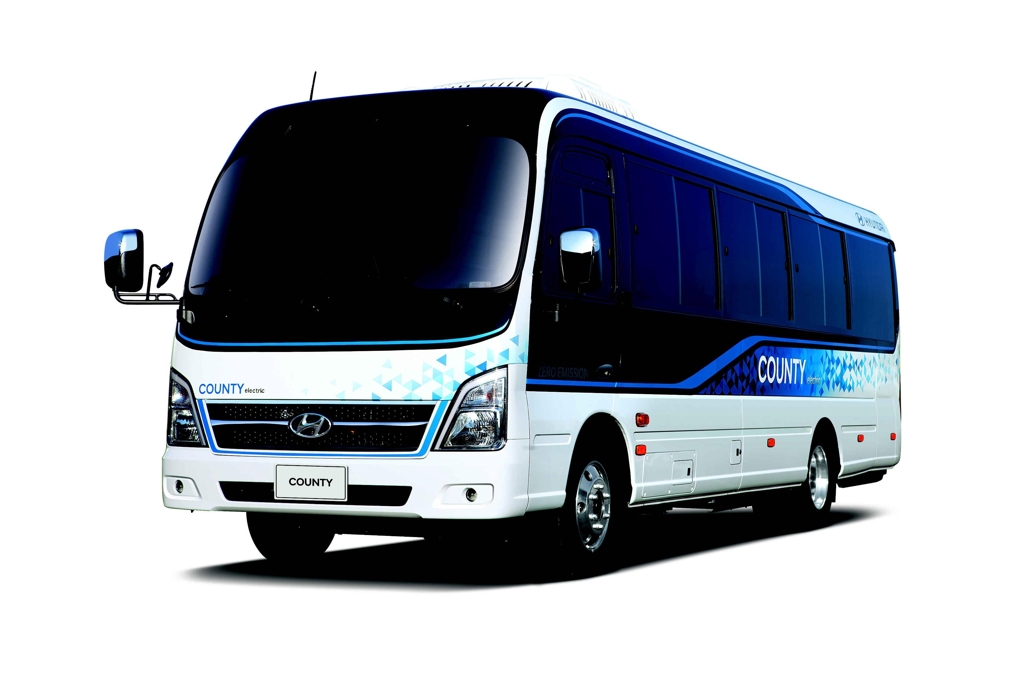