SEOUL, Aug. 29 (Yonhap) -- In a span of days, SK Wyverns' Canadian slugger Jamie Romak went from battling for the home run title to trying not to get to the top of the strikeout leaderboard.

Over his past three games in the Korea Baseball Organization (KBO), Romak has gone 1-for-11 with eight strikeouts. He has struck out in five consecutive plate appearances over the past two games. In baseball abbreviation, Romak's last nine plate appearances have been: K, K, K, BB, K, K, K, K and K. 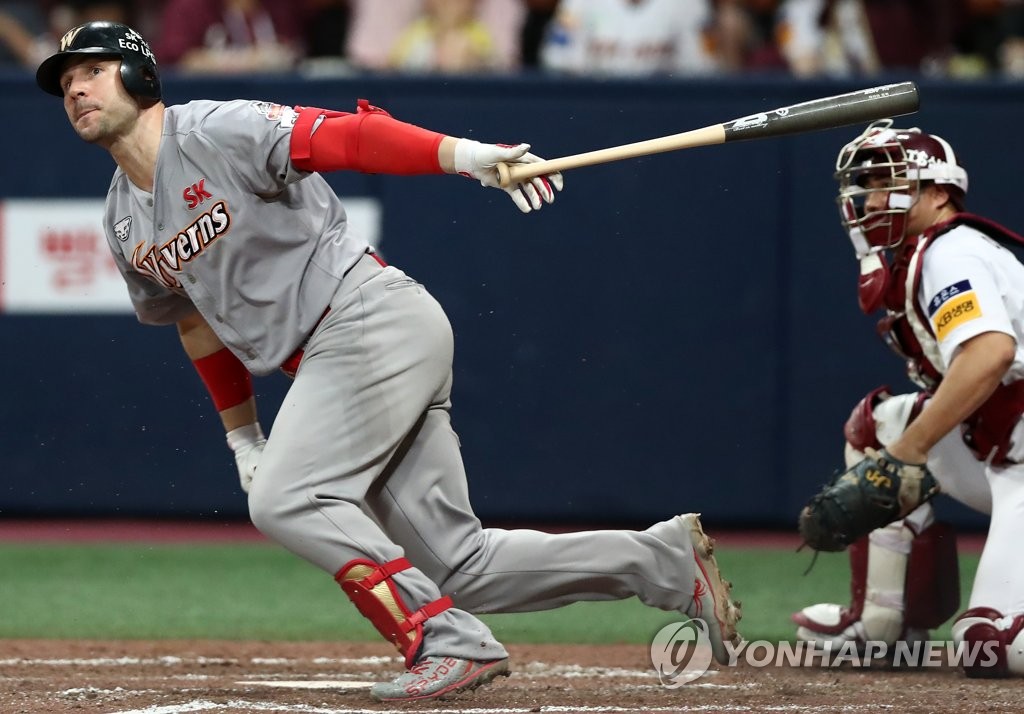 With just one home run in 18 games this month, Romak is stuck at 23 home runs for the season and has fallen to fourth in the race. Meanwhile, with a sudden bump in strikeouts, Romak has jumped to fourth in that category with 99, only six behind the leader, Oh Ji-hwan of the LG Twins.

Romak is batting .222 in August, his lowest batting average for a full month this season. He had been batting cleanup in every game since June 26 before getting dropped to the No. 5 spot Wednesday. The change by manager Youm Kyoung-youb didn't produce the desired result.

The recent struggle may be related to an upper back injury he suffered while making a diving grab on Aug. 10. He tried to play through it, and it only aggravated his pain. The Wyverns gave him four days off starting Aug. 18, and Romak bounced back with a five-RBI game last Thursday.

But he's had just two hits and two RBIs in the five games since, a span of 18 at-bats.

Romak managed to cut down his strikeout rate -- the total number of strikeouts divided by plate appearances -- from almost 28 percent in 2017 to 20 percent in 2018. He's sitting at 19.5 percent this year, with a real chance of going over last year's rate.