"It is true that South Korea has difficulties in maintaining" the status, Kim Hyun-soo said in a parliamentary confirmation hearing, citing U.S. President Donald Trump's push for reform at the World Trade Organization (WTO) to ensure that some of the "wealthiest economies" won't get special treatment by designating themselves as developing countries.

Trump named South Korea, Mexico and Turkey as countries claiming developing-country status, even though they are members of both the Group of 20 and the Organization for Economic Cooperation and Development.

South Korea has been maintaining its developing-country status since 1995 mainly to protect its sensitive agriculture industry.

Currently, South Korea imposes a 513 percent tariff on imported rice and can dole out up to 1.49 trillion won (US$1.2 billion) in subsidies for local farmers.

Kim said the United States may take its unilateral actions as it is difficult to settle the issue within the WTO.

The parliamentary confirmation hearing is widely seen as a formality because his appointment does not require approval from the National Assembly. 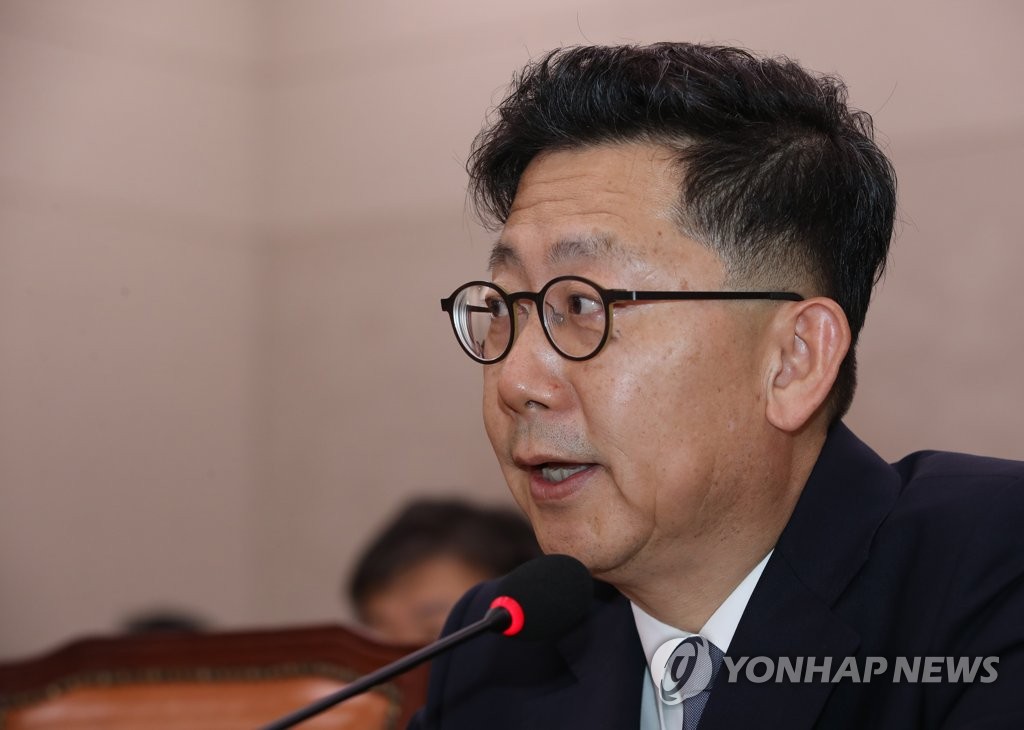