SEOUL, Aug. 29 (Yonhap) -- South Korea's state pension fund posted a return rate of 7.19 percent in the first half of 2019 on the back of solid performances in domestic and foreign stock markets, the fund's operator said Thursday.

The state pension logged a 6.93-percent investment return from the local stock market and a 19.85-percent yield from investments in overseas stocks, according to the National Pension Service (NPS).

The NPS' return rates from investments in domestic and foreign bonds reached 3 percent and 9.58 percent, respectively, while the yield for alternative asset investments was tallied at 4.2 percent in the January-June period, it added.

Last year, the pension fund, the world's third-largest investor, logged a minus 0.9 percent return rate due to unfavorable market conditions, such as trade frictions between the United States and China. The poor performance marked the first time in a decade that the fund's return rate lay in negative terrain.

The cumulative return rate of the state pension fund, which was launched in 1988, stood at 5.43 percent as of the end of June, with its cumulative earnings at 340 trillion won (US$280.2 billion).

The NPS, South Korea's top institutional investor, had 696.6 trillion won in assets under its management as of end-June, up 57.9 trillion won from the end of 2018. 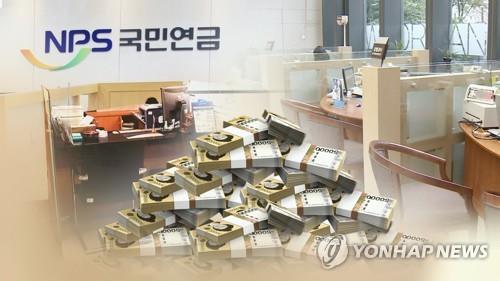